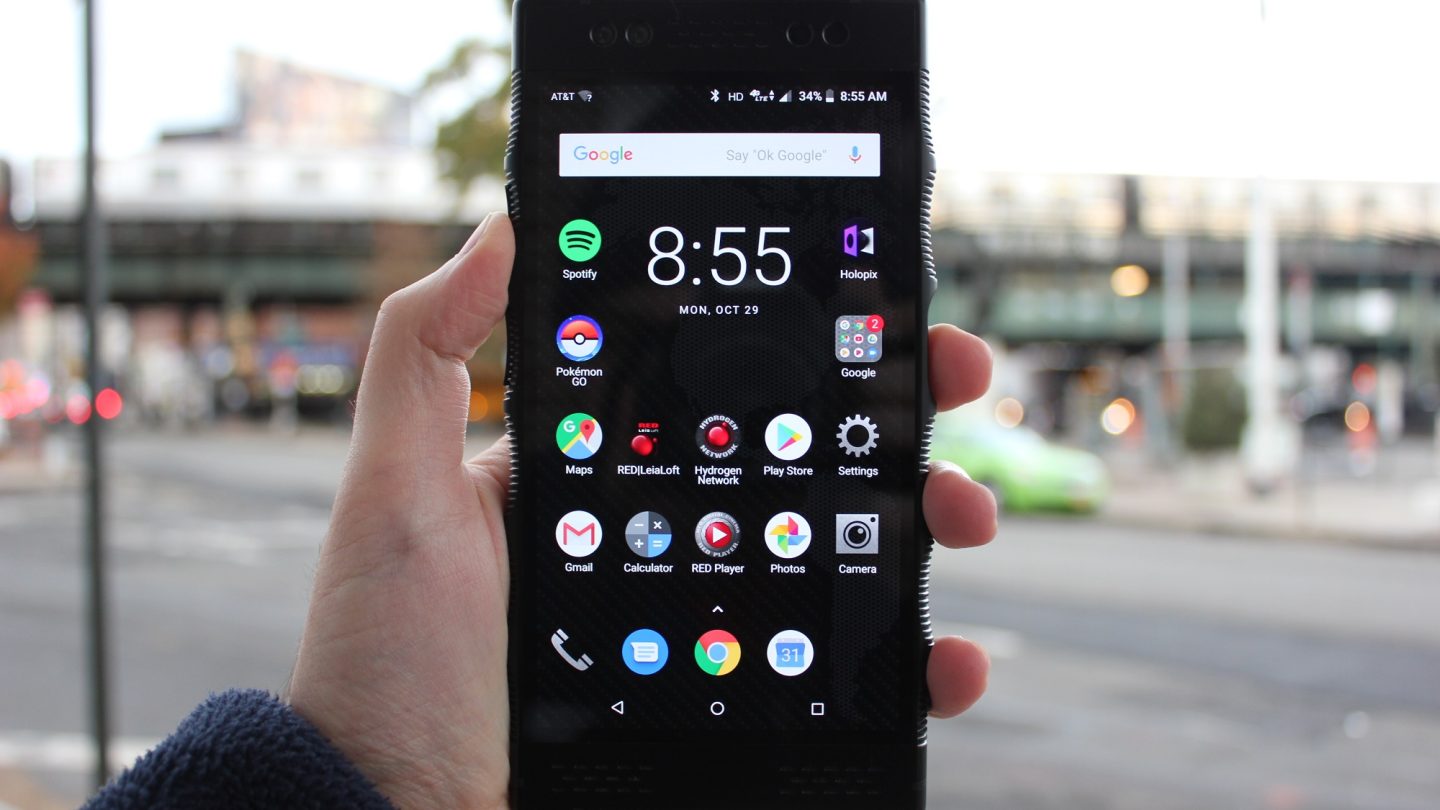 If ever there was a phone that could have revolutionized the smartphone business in the post-iPhone era, it’s the Hydrogen One. Made by high-tech camera company RED, the Hydrogen One turned out to be a huge disappointment. It was a niche phone that targeted a specific group of people: buyers who wouldn’t mind paying a ton of money for dated hardware powering a unique feature that also happens to be gimmicky and useless. Needless to say, it’s a pretty small niche.

With all that in mind, it shouldn’t come as much of a surprise that the first-generation model wasn’t very popular. And yet here we are today with news that RED is making a Hydrogen Two phone that’s supposed to be even better.

The Hydrogen One’s main feature is a 4-View holographic display that delivers a screen experience like no other phone. As we explained in our review, it’s also an experience that’s not that great after all. Not to mention that you can’t share any 4-View content with anyone else unless they also have a Hydrogen One.

RED’s founder Jim Jannard is not yet willing to throw in the towel. In a blog post blasting an unnamed original design manufacturer (ODM) from China that worked on the One, he announced the company is making the Hydrogen Two, as well as a Komodo camera module that will work on both devices.

Once Jannard established that RED fired the first ODM and hired a replacement, he goes on to explain that the Hydrogen Two is being redesigned “virtually from scratch,” and that the handset will “surprise and exceed expectations.”

Nowhere in the blog post does Jannard mention anything about the Two’s signature features, and we have no idea if this is going to be another 4-View phone. That said, it makes sense to assume that RED doesn’t plan to abandon the one feature that makes it stand out in a massive crowd of premium smartphones.

Instead, the RED founder focuses on the camera abilities of the Hydrogen Two, and on the Komodo accessory:

Additionally, we eventually realized that the original camera module would have to change due to the fact our ODM was not going to competently complete the module that they committed and guaranteed to do. Our best option was to modify the program and bring it back into the RED house. We have completed the new and extraordinary sensor and redesigned the package. Jarred at RED will be posting about Komodo fairly soon. Its capability will vastly exceed the originally planned module. The HYDROGEN One and Two will integrate with this new camera. While it does not replace its big RED brothers, it will certainly be a complimentary camera for cinema grade images at the highest level at lower pricing.

The exec added that RED continues to be “committed to further advancing the ‘image capture in your pocket’ device as well as providing the highest quality image capture devices to more people than ever before.”

While that may be the case, and RED deserves praise for what’s been trying to achieve, you’re probably better off forgetting about its phones for the time being.

As for the breakthrough innovation that RED tried to deliver, holographic displays, we might see it on future smartphones from companies that actually know how to make handsets. But that won’t happen anytime soon, at least not displays with decent quality. As the Hydrogen One demonstrated so far, the tech is nowhere near ready for prime time.