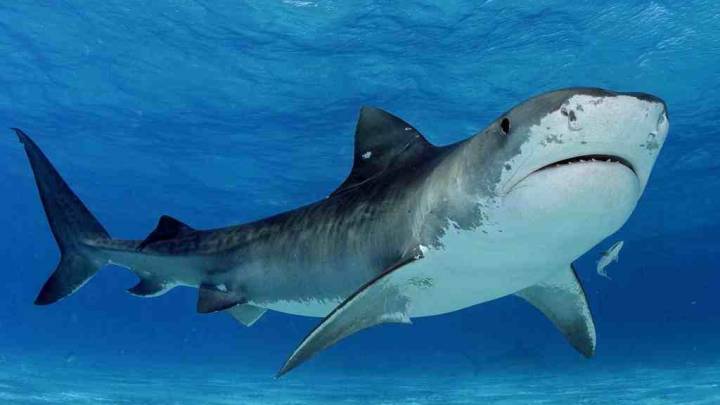 Forget what you thought you knew about evolution because researchers have determined that a particle responsible for the way DNA information is decrypted comes from space. Added to this, in an unrelated study, some biologists make the case that human hands actually derive from shark-like gills.

So did we all descend from a race of space sharks?

Researchers discovered that the “R” in RNA – known as ribose – can form naturally in space. As Science Alert explains, life on Earth requires three macromolecules including RNA, DNA, and proteins.

Ribose, a sugar needed to form RNA, may have formed in space on comets and then it may have fallen onto Earth where it combined with other components to create life. Researchers from the University Nice Sophia Antipolis in France were able to simulate a comet landing in a lab, where they then observed the formation of ribose. However, researchers are yet to find ribose in space on a real comet, though that may change in the future.

A different study published in the journal Development reveals that researchers believe it may be possible that human limbs evolved from shark gills, a theory that was discarded more than a century ago.

Scientists from the University of Cambridge studied skates, or cartilaginous fish just like sharks and rays, that have gills protected by skin flaps. The skin flaps are held up by arches made of cartilage, and components of those arches called branchial rays fan out like just like our fingers.

“The extent of the similarities here is compelling,” University of Chicago evolutionary biologist Neil Shubin told Gizmodo. “Those rays are really behaving like digits developmentally. Essentially what [study lead author Andrew Gillis] is seeing is that some of the genetic processes that build and pattern gill rays are fundamental to the formation of limbs with fingers and toes. That is a very interesting insight.”

So there you have it, folks. We all may be related to sharks, and we all may have evolved on this planet thanks to a tiny particle formed somewhere in space if the conclusions in these studies are accurate – check both of them in full at the source links below.