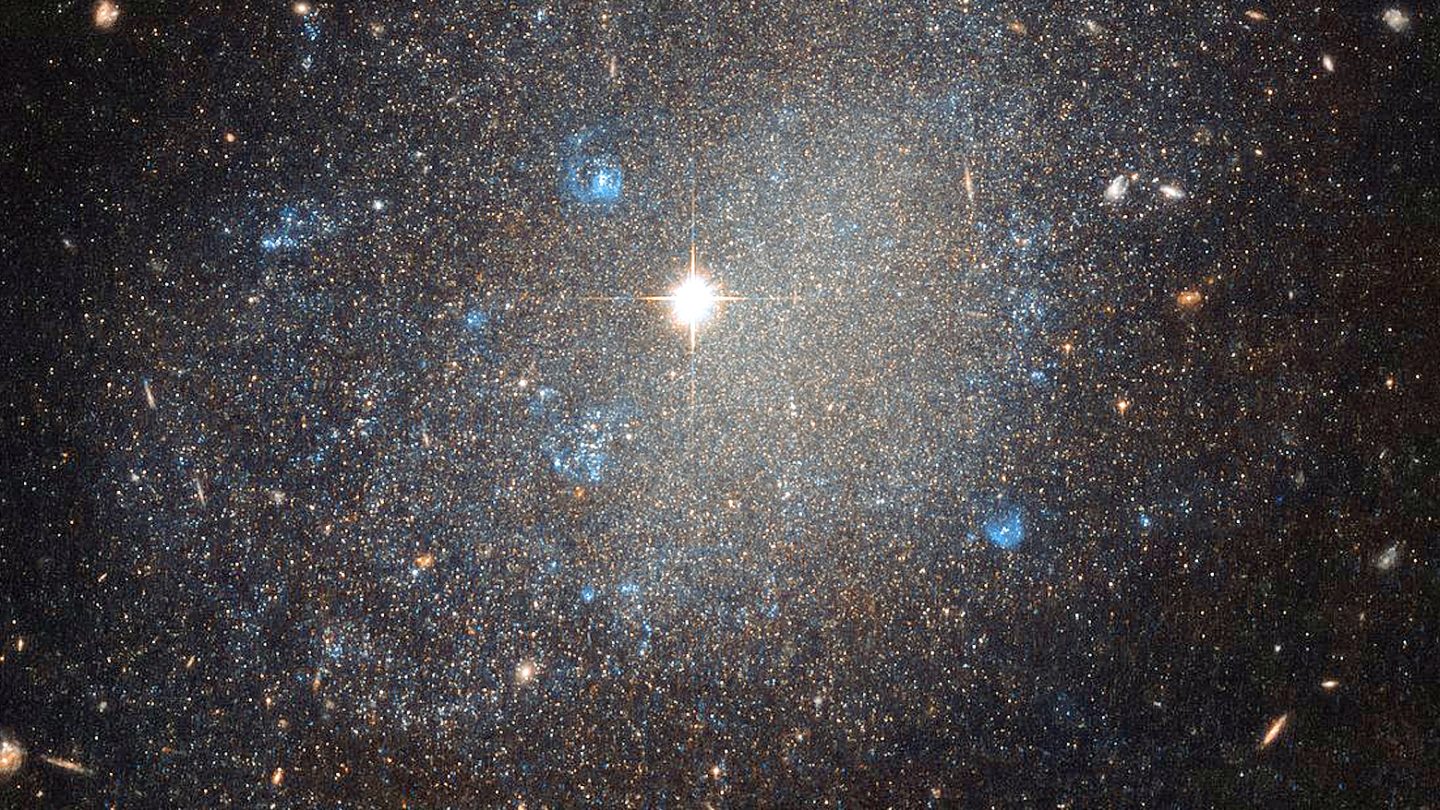 There’s lots of awesome sights out there in the universe that we never get to see from our vantage point here on Earth, but thanks to tools like the Hubble Space Telescope, we can enjoy a whole lot more of it than ever before. Recently, NASA pointed its gaze towards the Canes Venatici constellation and snapped an absolutely gorgeous shot that includes a number of interesting sights, including the birth of new stars.

The photo — viewable in its full resolution here — shows a galaxy called NGC 4707, which is the bright middle area. What it lacks in a sexy name it makes up for in unique characteristics. NGC 4707 doesn’t have a defined shape like many of its peers, but instead appears as a massive collection of stars with very little pattern.

What’s particularly cool about the photo is the bright blue bursts you see dotting the area. According to NASA, those eye-catching flashes of color are “recent or ongoing star formation.” So what you’re really seeing here is the birth of new stars — or, more accurately, the light that those newborn stars gave off when they were created, which has finally made it all the way here to Earth.

NGC 4707 was first described way back in 1789 by astronomer William Herschel, and his notes at the time match up well with what we see today. Of course, Herschel could never have imagined that we’d eventually get a view of the galaxy as detailed and jaw-dropping as the ones that our mega-powerful space telescope can provide.