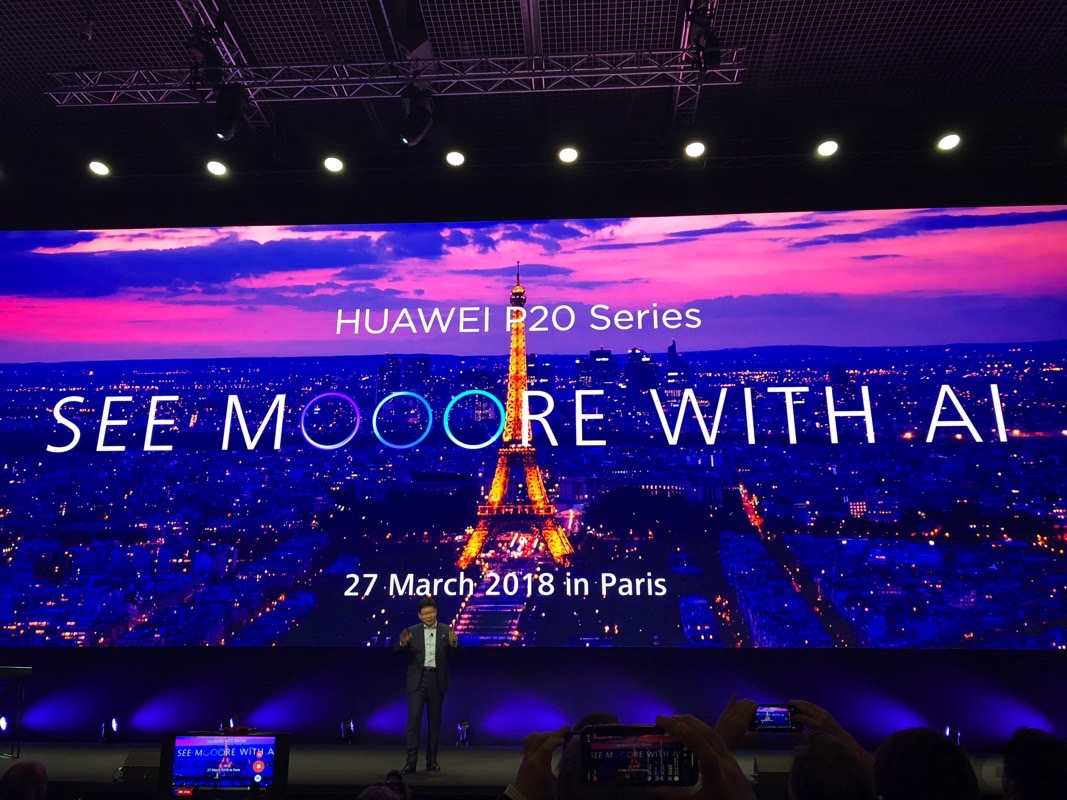 Huawei unveiled a new tablet series and a new high-end laptop at MWC, although it did confirm that it’ll unveil its next flagship smartphones in Paris, on March 27th. That’s the Huawei P20 Series, and Huawei is already using the name in marketing materials at the Congress.

It’s even teasing two major P20 features, as seen in the image above, including a triple-lens rear camera, which would mark a first for the industry, as well as AI support. And we already know that Huawei’s photo AI is good enough to prevent a car from smashing into obstacles.

But the P20 flagship, which is supposedly the Pro model, will not be the only member of the family. It’s a series, as Huawei teases, which may include up to three devices. The P20 Lite is one of them, and it was just leaked.

Evan Blass detailed the phone in a piece on VentureBeat, after sharing an image of the regular P20 model on Twitter a few days ago.

All P20 models will have an all-screen notch design like the iPhone, and some of them should feature 3D facial recognition support according to Huawei’s Honor announcements from a few months ago.

The fingerprint sensor on the back is an indication that the P20 Lite may not feature 3D facial recognition, so a different biometrics authentication method is needed, at least for mobile payments. Blass says that pricing details and release dates aren’t known for the time being. However, the P20 Lite should be the least expensive of the three.

Asus the other day unveiled a similar series of phones, the new Zenfone 5 models, revealing that the cheapest version of the Zenfone 5z flagship will cost €479 in Europe. That’s the one with 4GB of RAM and 64GB of storage. Unlike Asus, Huawei will actually pack AI features inside the P20 line, as well as a reason to give the handset a notch.