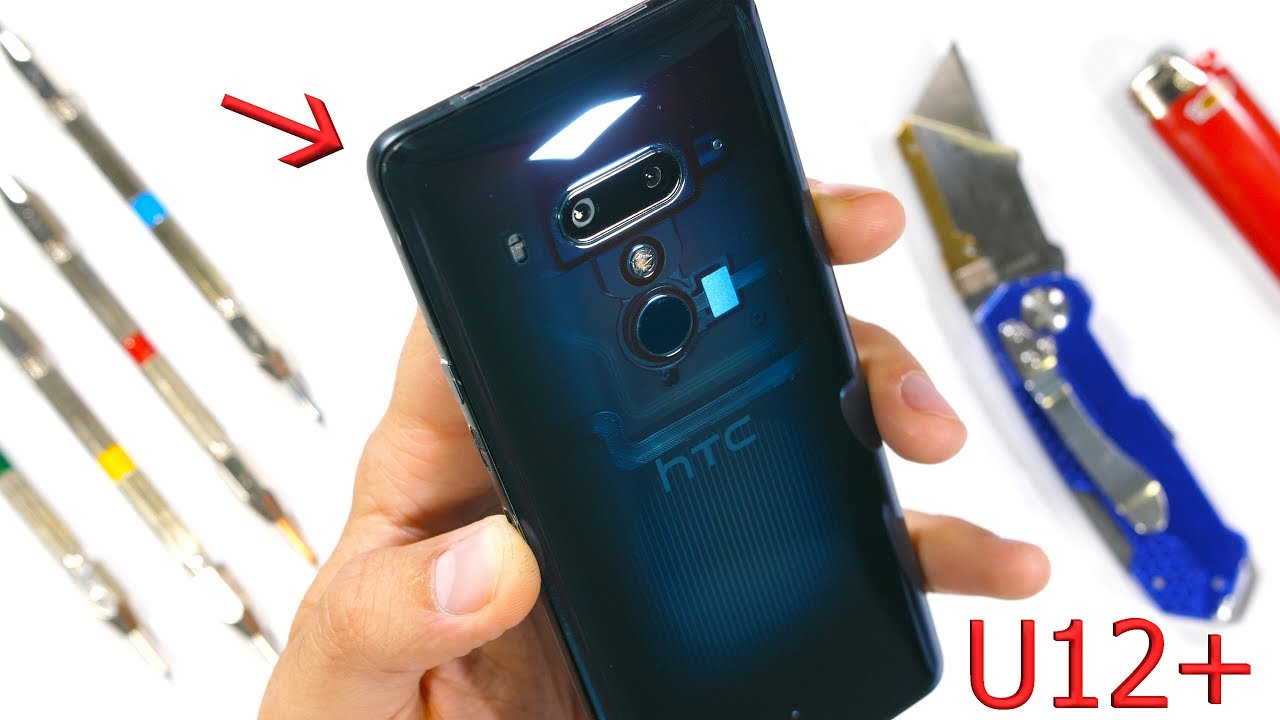 Despite the fact that many phones have adopted the “glass sandwich” design of glass back panels, it’s still unusual to see a phone with a fully transparent back. HTC’s recently-released U12+ fully embraced the transparent design, but as YouTube’s very own Lord of Destruction JerryRigEverything demonstrates, the cool design comes with a few trade-offs.

The biggest problem seems to be that the back can and does come off easily. It won’t fall off with regular use, but any kind of bending of the frame — for example, sitting down with the phone in your back pocket — can detatch the backplate from the rest of the chassis, opening the phone up to liquid or dust damage.

The other major weakness that the video flags up are the capacitive buttons on the side. Rather than using mechanical buttons, HTC chose to use capacitive sensors, similar to how touchscreens work. That means there’s no moving parts to wear out, but it also means the button can easily be pried off with a razor blade. Obviously, you’re not going to be attacking your phone with sharp objects, but it’s easy to see the buttons getting caught on the edge of a pocket or a drawer and being scraped off.

Overall, the phone definitely doesn’t seem robust, and given that it’s not a standout performer in other regards, this really isn’t going to help an ailing HTC turn its fortunes around.