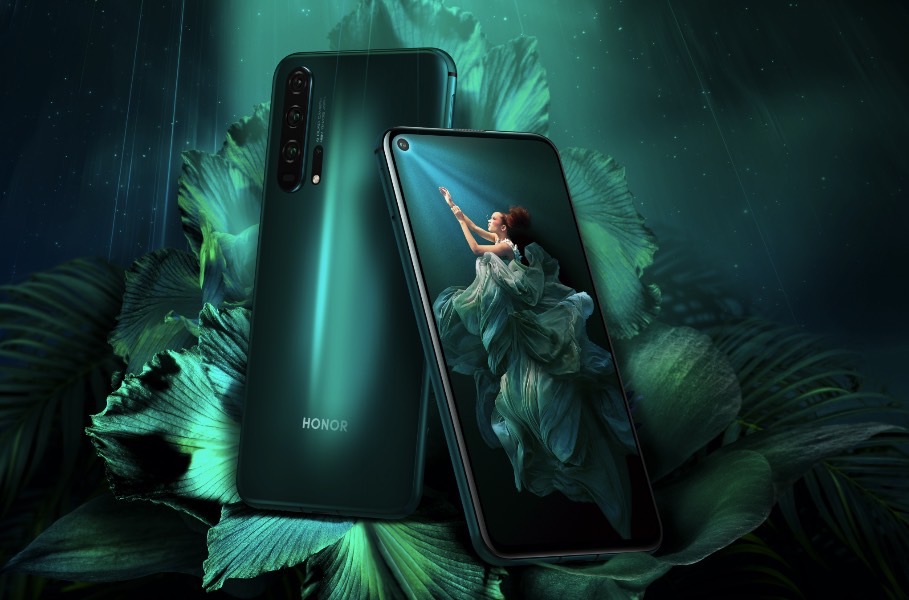 OnePlus unveiled the OnePlus 7 series last week, which includes two affordable flagships: The regular OnePlus 7 and the OnePlus 7 Pro. The latter is more expensive than previous OnePlus phones, but is still a lot cheaper than all the other flagships out there. Fast forward to May 21st, and we’ve got an even cheaper Android phone to show you. But given what just happened in the world of Android, you might want to avoid buying one for now.

That’s because the Honor brand is owned by Huawei — the same company that’s been hit with a massive ban on US tech in the past few days. Huawei has confirmed that it’ll continue to provide updates to all its existing phones, Honor models included, which is excellent news for existing customers

However, until the US and Huawei settle the matter once and for good, you might want to avoid the Honor 20 series, no matter how great these phones might look, and how affordable they might be.

The quad camera also features an f/1.4 aperture, which is the industry’s largest, according to Honor, and a new AIS Super Night mode. The camera obtained a 111 DxOMark score, which is a camera review process that doesn’t measure camera performance completely objectively. One other notable technology, at least on paper, is the new Graphene cooling sheet technology which is meant to dissipate heat more efficiently.

The Pro model is similar to the regular one, but you’ll get 8GB of RAM, 256GB of storage, an 8-megapixel camera instead of the 2-megapixel depth lens, and a 4,000 mAh battery.

Like the regular OnePlus, the Honor 20 Lite has a waterdrop notch design, although the Lite is certainly not as powerful as the OnePlus handset. The phone packs a Kirin 710 chip, 4GB of RAM, 128 GB of storage, triple-lens camera, rear-facing fingerprint sensor, and 3,400 mAh battery.

When it comes to operating systems, the Lite runs EMUI 9.0 (based on Android 9.0), while the other two handsets pack Magic UI 2.1, which is “compatible with Android 9,” whatever that means.