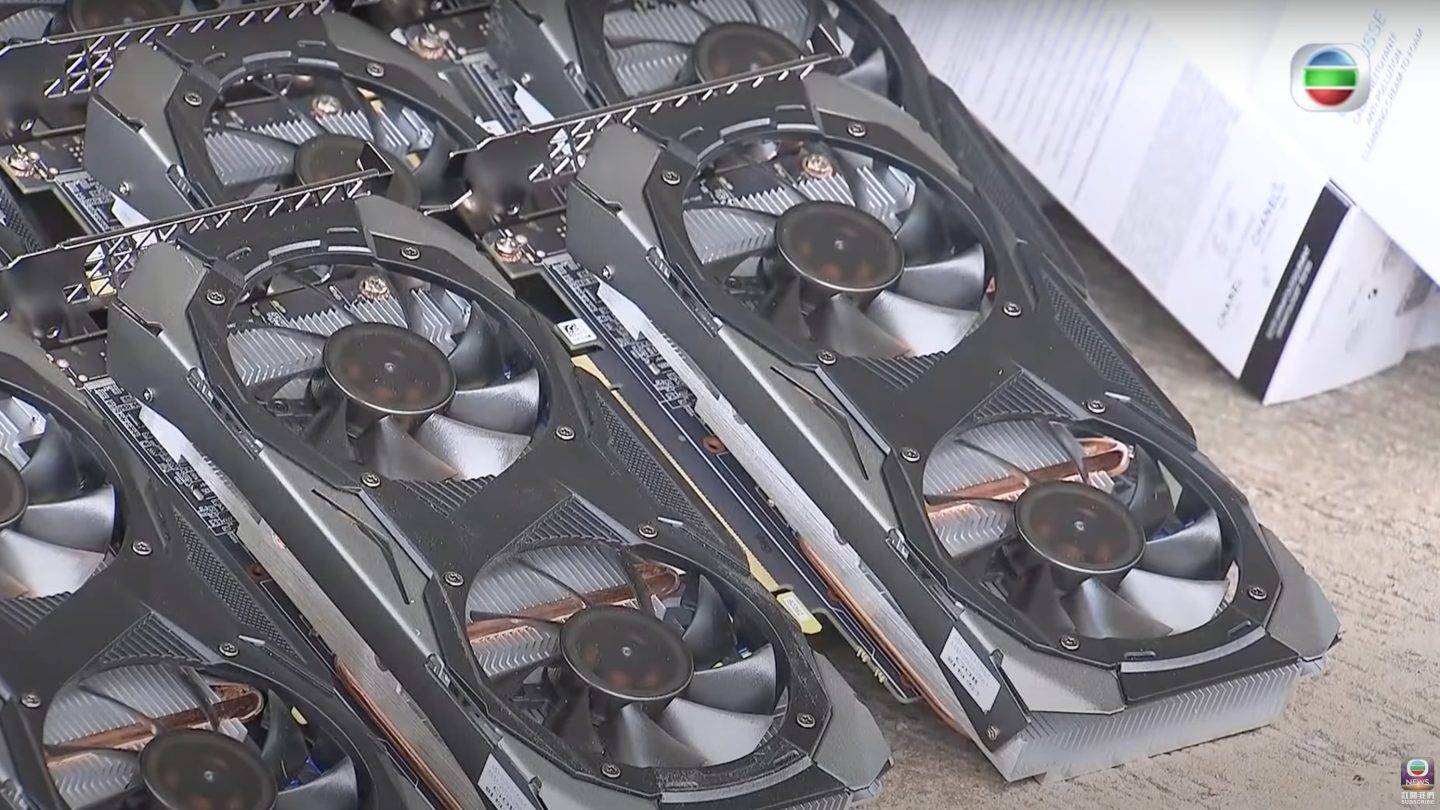 Among the latest bits of news out of Hong Kong is an episode involving smugglers, a cache of stolen goods, and a high-speed boat chase that sounds like it was ripped straight out of a Hollywood thriller.

Over the weekend, authorities in Hong Kong recovered a staggering amount of stolen property from a fishing boat anchored in the waters close to Hong Kong International Airport. The boat looked suspicious, apparently like some kind of getaway vessel, and it turns out that in hindsight, the officials from the Hong Kong Customs and Excise Department who decided to take a closer look at the vessel were spot-on.

The unidentified passengers hopped onto a speedboat and raced off toward mainland waters, according to the news summary. The local officials immediately gave chase, and while they ultimately couldn’t catch the smugglers, they eventually turned back to see what all was hidden on the fishing boat.

The goods included everything from shark fins to smartphones and a cache of a few hundred stolen GPUs that appeared to be Nvidia cards. “Appeared” being the keyword, though as a variety of sites including Kotaku have noted, the cards are believed to have been a kind made specifically for cryptomining — and very much in demand at the moment because of a global supply shortage.

Digital Trends offers a bit more detail, noting that these cards appear to be the CMP 30HX, which have been known to fetch $723 (that price, specifically, from a retailer in Dubai). This means, separate from the other smuggled goods that authorities recovered in this raid including skincare products and exotic foods, the reported 300 GPUs that were recovered mean that $219,600 in stolen graphics cards was part of this haul.

Coincidentally, this came just one week after Chinese authorities arrested members of what some news reports described perhaps a bit dramatically as the biggest video game cheat company in the world — a raid that also recovered luxury items.

Per the BBC, this gang operated under the bizarre name of “Chicken Drumstick,” and the game cheats they sold worked for titles ranging from Overwatch to Call of Duty. Customers paid subscription prices of between $10/day to $200/month for these illicit cheats, but in addition to apparently shutting this activity down, authorities also recovered a massive haul of luxury goods — more than $40 million worth of assets, in total.

The raid included several luxury cars that were recovered, and police arrested 10 people. The Chinese tech giant behind several gaming companies, Tencent, worked with authorities in preparation for the raid.