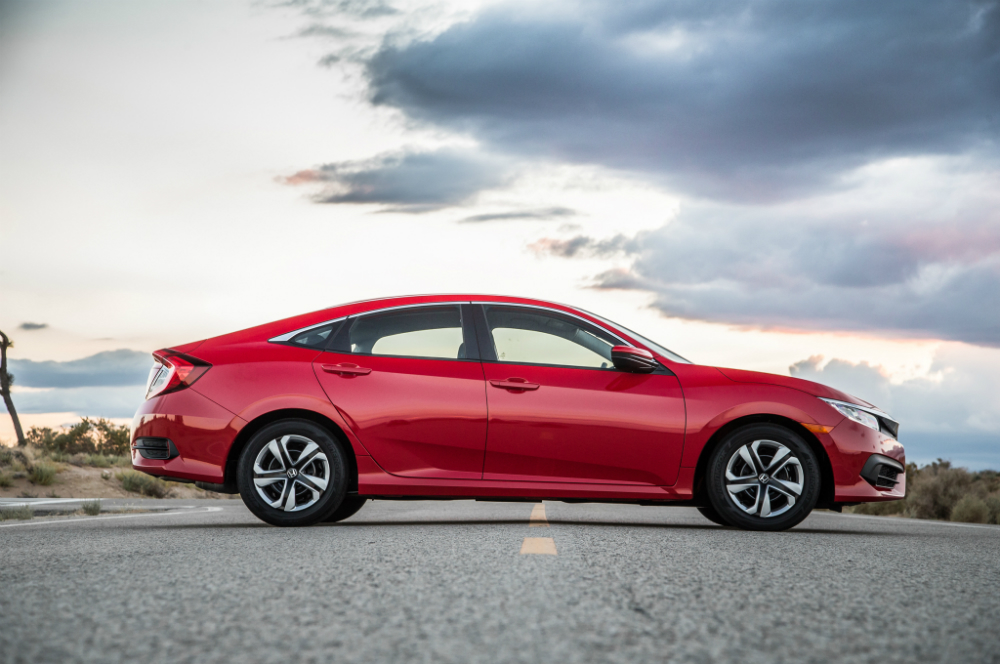 Google may be testing its autonomous cars and teaching it not to hit buses, but other carmakers are already selling vehicles that have self-driving capabilities. Granted, these aren’t fully autonomous vehicles and they can only drive themselves in certain conditions.

One such model is the new entry-level Civic LX sedan from Honda, which costs just north of $22,000.

The new Civic won’t be anywhere near as complex as Google’s self-driving cars, but it’ll pack an advanced-driver assistance system (ADAS) that helps it stay within the lanes and automatically correct the trajectory of the vehicle and adjust its speed. In addition to lane markings, the car also monitors traffic in front of it and offers features such as automatic braking and adaptive cruise control.

According to The Wall Street Journal, the components needed for this advanced functions cost as little as $1,800. With a base price of just $20,440, that brings the total of a Civic with autonomous driving capabilities to just $22,240.

The Obama administration has pledged $4 billion to accelerate autonomous car deployment in the next decade, and vehicles like the newest Civics are one way to do it. These smart car features are supposed to improve road safety and reduce the number of accidents. The Journal notes that in 2015, traffic fatalities jumped 9% during the first nine months of the year, which was an unexpected increase. Meanwhile, Americans travelled only 4% more total miles than in the previous year, or a total or 3.15 trillion miles.

Distractions such as smartphones while driving at high speeds, drunk driving and drowsiness may be responsible for the increased number of accidents. That’s where ADAS features could help, as a car would be able to maintain some autonomy even when the driver isn’t fully focused on the road.

The Honda Civic won’t be the only smart car available to buyers this year for less than the cost of a pricy Tesla. Other models include the Chevy Cruze and the Infinity Q50, though it’s the Honda and the Chevy that are the most affordable options – they’re 41% cheaper than the average price of a new car according to Kelly Blue Book, even when ADAS packages are added.