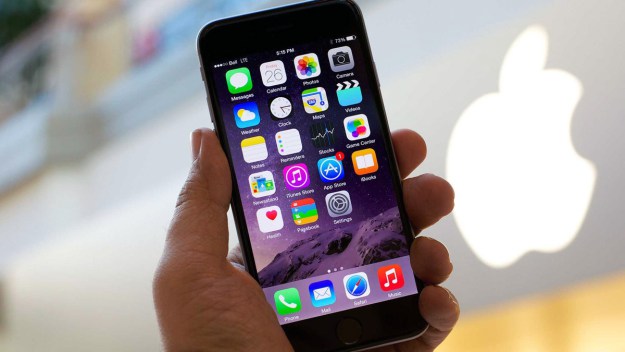 As the Android vs iPhone rivalry began to intensify a few years ago, Apple pulled a power move and quickly removed Google apps like YouTube and Google Maps from the iOS homescreen, the most valuable piece of screen real estate in mobile. These days, Apple and Google remain fierce competitors in the mobile space, but the two companies still enjoy a longstanding and mutually beneficial relationship when it comes to mobile Safari.

Whether you’re aware of it or not, the default search engine on mobile Safari has always been Google. And seeing as how Apple has never shied away from sticking it to Google, you might be wondering why Apple hasn’t replaced Safari’s search engine with, say, Bing or DuckDuckDuck Go. The answer here is two-fold. For starters, Google remains the top search engine on the planet, and replacing it with an alternative wouldn’t exactly align with Apple’s commitment towards enhancing the user experience. Second, and more importantly, Google pays Apple a whole a lot of money for the privilege of being the go-to search engine on mobile Safari.

With search-based advertising still accounting for the lion’s share of Google’s revenue, it shouldn’t come as any surprise that the search giant is more than willing to pay Apple an exorbitant fee to keep Google search front and center on mobile Safari. According to analyst A.M Sacconaghi Jr., Google this year is on pace to pay Apple a whopping $3 billion in 2017 for the right to remain the default search engine on iOS.

“Court documents indicate that Google paid Apple $1B in 2014, and we estimate that total Google payments to Apple in FY 17 may approach $3B,” Bernstein analyst A.M. Sacconaghi Jr. said. “Given that Google payments are nearly all profit for Apple, Google alone may account for 5% of Apple’s total operating profits this year, and may account for 25% of total company OP growth over the last two years.”

That’s a hefty sum, but it certainly stands to reason that the price Apple charges has gone up considerably since the $1 billion figure Google paid in 2014.

As for how Sacconaghi Jr. came up with the $3 billion figure, Business Insider relays a portion of his research note:

Our estimate is triangulated in a number of ways: (1) third party market research suggests that Google’s total mobile revenues have increased from $16B to $50B (i.e., have tripled) from CY14 to CY17 (Exhibit 3); accordingly, payments to Apple likely have increased commensurately (to $3B) since then; (2) In the last two quarters, Apple’s Services revenues have increased YoY by $2.4B, with the App Store being the biggest contributor (which we model has increased $1.35B YoY), and Licensing revenues to be up by the second largest amount, which could be up $500M or more – suggesting that total licensing in the last two quarters is increasing at a rate of $1B per year this year; and (3) Google’s distribution Traffic Acquisition Costs (TAC – the amount it pays OEMs and carriers for search placement) is 2.2x what it was in 1H 14 (Exhibit 4), again suggesting that if Apple held share, payments from Google to Apple might be up a similar amount to $2.2B (or more assuming Apple gained share). We note that press reports have indicated that the revenue share between Apple and Google was at one point 34%, which if true and still the case today, would point to a much higher than $3B in payments from Google to Apple today.

As far as business relationships go, this one seems mutually beneficial. As far as Google is concerned, the deal gives it prime placement on the iPhone and the iPad. And as far as Apple goes, the $3 billion figure is essentially free money.