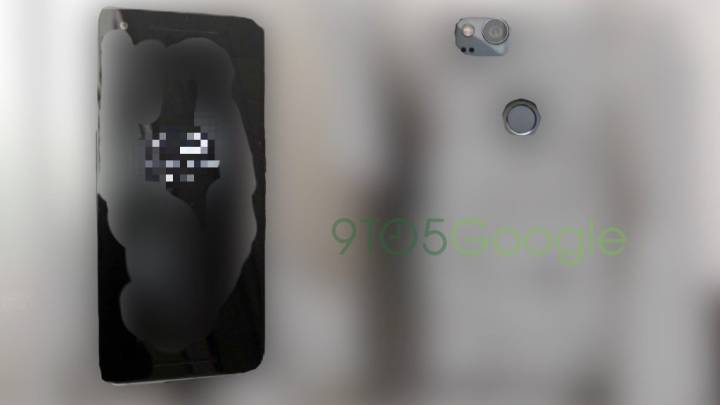 We have a month left until Google’s set to reveal the Pixel 2 and Pixel XL 2. As is tradition, we already have a good idea about what Google’s going to be showing: two phones, one made by HTC, one by LG, packing a Snapdragon 835 chipset, good camera setup, and a physical design similar to last year’s phones.

A new report from 9to5Google corroborates many of the details we’ve heard so far, and adds a few tidbits, thanks to one heavily redacted photo.

A leaked photo of a standard Pixel 2 (not the XL version) shows a slate-grey device with dark silver back. That’s a little different to the renders that have been going around so far, which show a nearly all-black glass design with colored accents.

A close-up image of the camera module also shines light on a few details. We’re only looking at a single-lens setup, not the dual-lens system that’s increasingly common on flagships like the Galaxy Note 8. However, we do get a look at two dots that are part of a laser focus system. That isn’t a brand-new feature — we’ve seen it on Qualcomm-powered phones before — but it hints at a phone camera that’s more about capturing in-focus shots quickly, rather than the depth-of-field tricks seen on dual-lens devices.

9to5 is also reporting that 128GB and 64GB storage versions do exist, with the 64GB version possibly being the base option. Prices are also expected to be a little higher than last year.