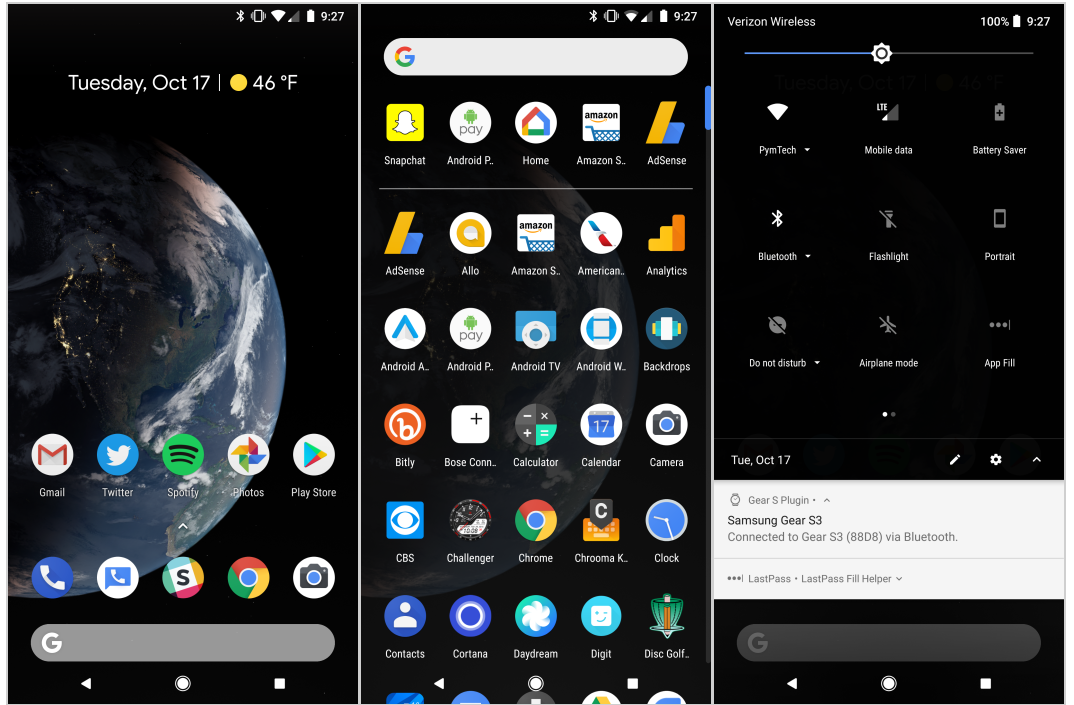 The Pixel 2 still hasn’t been released, but reviewers are already uncovering the phone’s, ahem, darkest secrets. Android Oreo has the ability to change the phone’s theme to match your background image, so if you use a dark background on the Pixel 2, you’ll be rewarded with a cool dark mode.

9to5Google has a couple images showing the difference. There’s no toggle to switch between the dark and light mode; Oreo just detects the predominant color pattern in your background, and switches to match.

The site demonstrated with a dark image showing the Earth, much like Apple’s iconic iPhone wallpaper. The image isn’t all dark, but it’s sufficiently devoid of light for Oreo to change menus and buttons to a dark black. It’s basically exactly the kind of dark mode that Android fans have been lusting after for years.

To make the switch, you just have to long-press on the home screen, select “Wallpaper,” and use one of the default dark images provided. You can also choose from your own saved images, just make sure they’re dark.

Having a dark mode isn’t just a question of aethetics on modern smartphones. The OLED displays that are popular on all modern flagships consume less power when the screen’s mostly dark, since unlike LCD screens, the backlight is built into each individual pixel. OLED screens also display a blacker black than LCD screens as a result, which makes dark modes pop that little bit more.