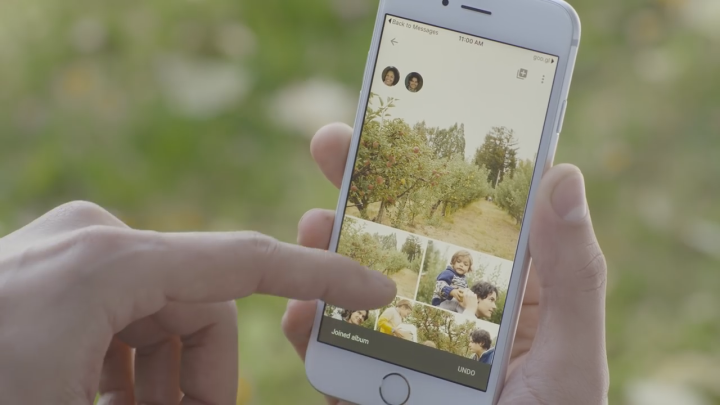 The trend of adding an Instagram-like “Stories” bubble at the top of apps rolls on, with Google’s Photos app now the latest to jump on the bandwagon.

A new feature is rolling out in the app starting today called “Memories,” which essentially tweaks an existing feature that regularly treats users to a nostalgic trip down memory lane. Frequent users of the app will be familiar with the “rediscover this day” feature, which routinely resurfaced old photos you took on a certain day within the app’s “Assistant” tab. That feature is what’s being turned into an Instagram Stories-like bubble that will now sit at the top of the app.

“While you might recognize this stories format from social media, these memories are your personal media, privately presented to you so you can sit back and enjoy some of your best moments,” explains Google Photos director Shimrit Ben-Yair in a blog post today about the new feature, which you can see in action below.

“Memories” seems like it will continue to follow the cadence of the “rediscover this day” feature — which is to say, it won’t remind you of every photo you’ve taken on every single day. The focus here seems to be on surprising and delighting you with only certain memories, maybe even some you’d forgotten about.

“Memories” is also pretty useful, in that you can tune it a bit if you like, turning off certain stretches of time so that they don’t show up in the feature as well as hiding people from it. If you endure a painful breakup, for example, you probably wouldn’t want to be constantly reminded of old pictures of you and your ex.

“We’re using machine learning to curate what appears in Memories, so you don’t have to parse through many duplicate shots, and you can instead reflect on the best ones, where the photos have good quality and all the kids are smiling,” Google’s post about the feature continues.

On a related note, the Photos update is also adding a separate feature that will better support the sharing of photos and videos saved in the app with friends and family members. It’s a kind of direct messaging feature, which — yes, turns Google Photos into about the millionth messaging app to emerge out of Google. Your photos, today’s post reads, will now be able to “be added to an ongoing, private conversation so there’s one place to find the photos you’ve shared with (friends and family) and keep the conversation going. And as always, photos you share in Google Photos are the same quality as the photos you back up and you can easily save photos shared with you to your library.”