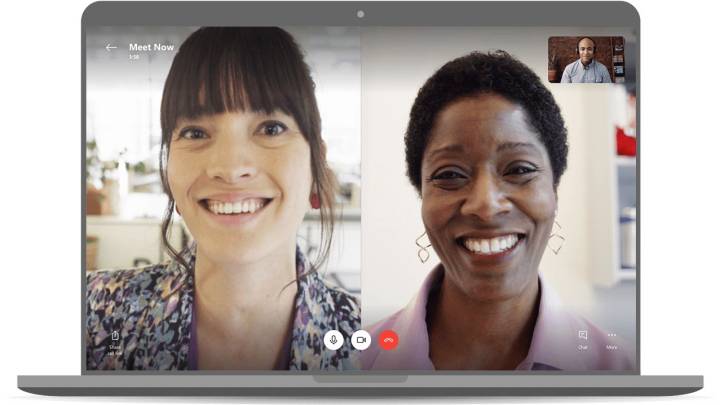 Video conferencing app Zoom was one of the early heroes of the COVID-19 pandemic thanks to its straightforward interface. The app is easy to learn and lets anyone connect with others, whether it’s for work and school, or whether it’s for staying in touch with loved ones while social distancing measures are in place. But the more popular Zoom grew, the more people looked at the security and privacy features of the app, discovering that it wasn’t as safe as the company claimed. Zoom calls weren’t entirely end-to-end encrypted, and some Zoom data was spilled over to Facebook, to name just a few of the recent issues. Zoom promised fixes just as more companies instructed staff to move to alternatives.

One of them is Google Meet, which is what Google calls its Hangouts video conferencing app for G Suite subscribers. And Google Meet is about to get even better at competing with Zoom. On top of that, Facebook’s WhatsApp is about to get a massive upgrade of its own, which should fix your personal video calling needs during the novel coronavirus health crisis.

WhatsApp will increase the number of participants for audio and video calls in the coming weeks. Up to four people can join the same call currently, but the change is in the works and will be rolled out in the coming weeks, WabetaInfo notes. It’s unclear how many people will be able to join the same WhatsApp video call, but the feature will definitely come in handy if your family members use a mix of iPhone and Android devices.

The app will also add a note on the screen during a call to remind users that WhatsApp calls are end-to-end encrypted, unlike Zoom’s.

Professionals and students who rely on Google Meet to get work done will start seeing new features roll out to the app in the coming weeks. Google vice president Javier Soltero informed Reuters that Meet will be integrated with Gmail to make it even easier for users to join calls.

Meet will also get a new layout this week that will display up to 16 call participants at once, just like Zoom does. The app will also deliver video quality improvements for low-lit environments and will filter out some background noise, including keyboard clicks and slamming doors.

The upgrades will not cost anything extra, and come in response to a surge in demand for video conferencing tools during the coronavirus crisis, Soltero said.

While the exec hit Zoom’s security lapses compared to Meet, he acknowledged that the free Hangouts app isn’t on par with Meet when it comes to security. As a result, he said that people have been using their corporate or school Meet account to host non-work social gatherings. WhatsApp could always be used as an alternative for personal calls.

Soltero said that Google is working on streamlining features between the services, “so the products they use at work, they can use at home.”