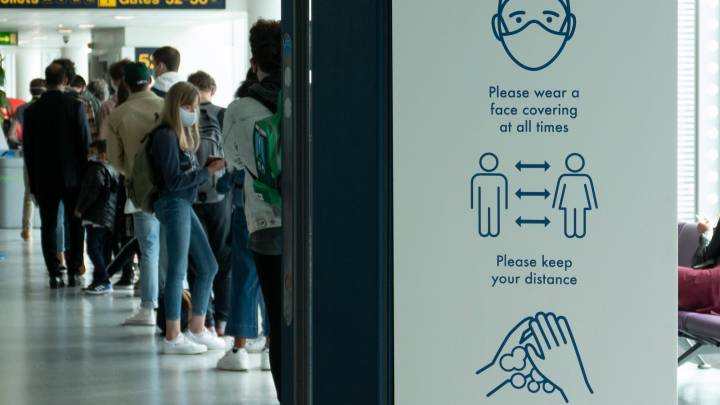 As the coronavirus pandemic spirals out of control in the United States once again, your best bet is to stay home as often as you can. The problem is that the holidays are fast approaching, and millions of Americans haven’t seen their friends and families since lockdowns first began in March. But the infection rate is higher than ever before, and while avoiding people should be a priority, many Americans are going to be traveling in the coming weeks anyway, either out of necessity or because they simply can’t stand missing Thanksgiving or Christmas.

If you’re one of those Americans, you should take every precaution to ensure that you don’t get sick by wearing your mask, avoiding large gatherings, washing your hands frequently, and downloading Google Maps, which has recently been updated with some important COVID-19 safety features ahead of the holiday season.

A couple of months ago, Google launched a COVID-19 info layer for its Maps app which offers a color-coded look at the seven-day average of new cases in the area you’re viewing. Now, Google is adding even more information to the COVID layer on the Google Maps app such as how many cases have been detected in an area since the start of the pandemic and links to relevant resources from local authorities, including testing sites.

Live crowdedness data is coming to Google Maps as well, showing you how crowded the next bus, train, or subway line is based on real-time feedback from other Google Maps users around the world.

Finally, for those of you who are doing your best to support local restaurants by ordering takeout and delivery, there is a novel feature which will allow you to track your order when you place one through Google Maps. Users in the United States, Canada, Germany, Australia, Brazil, and India on iOS and Android devices can take advantage of this feature. Google Maps will also show you expected wait times and delivery fees from local restaurants, and will even let you reorder meals that you’ve previously ordered straight from the app to save you some time.

“Even in a pandemic, more than 1 billion people still turn to Google Maps to navigate their new normal—and our work is far from done,” says Google in a blog post. “We’re continually working to build new features and services to help all of us emerge from this challenging time stronger than ever. So whatever your plans are this holiday season and no matter how much they’ve changed, Google Maps can make them easier and safer for you.”

These new features should begin rolling out for Google Maps on iOS and Android in the coming weeks.