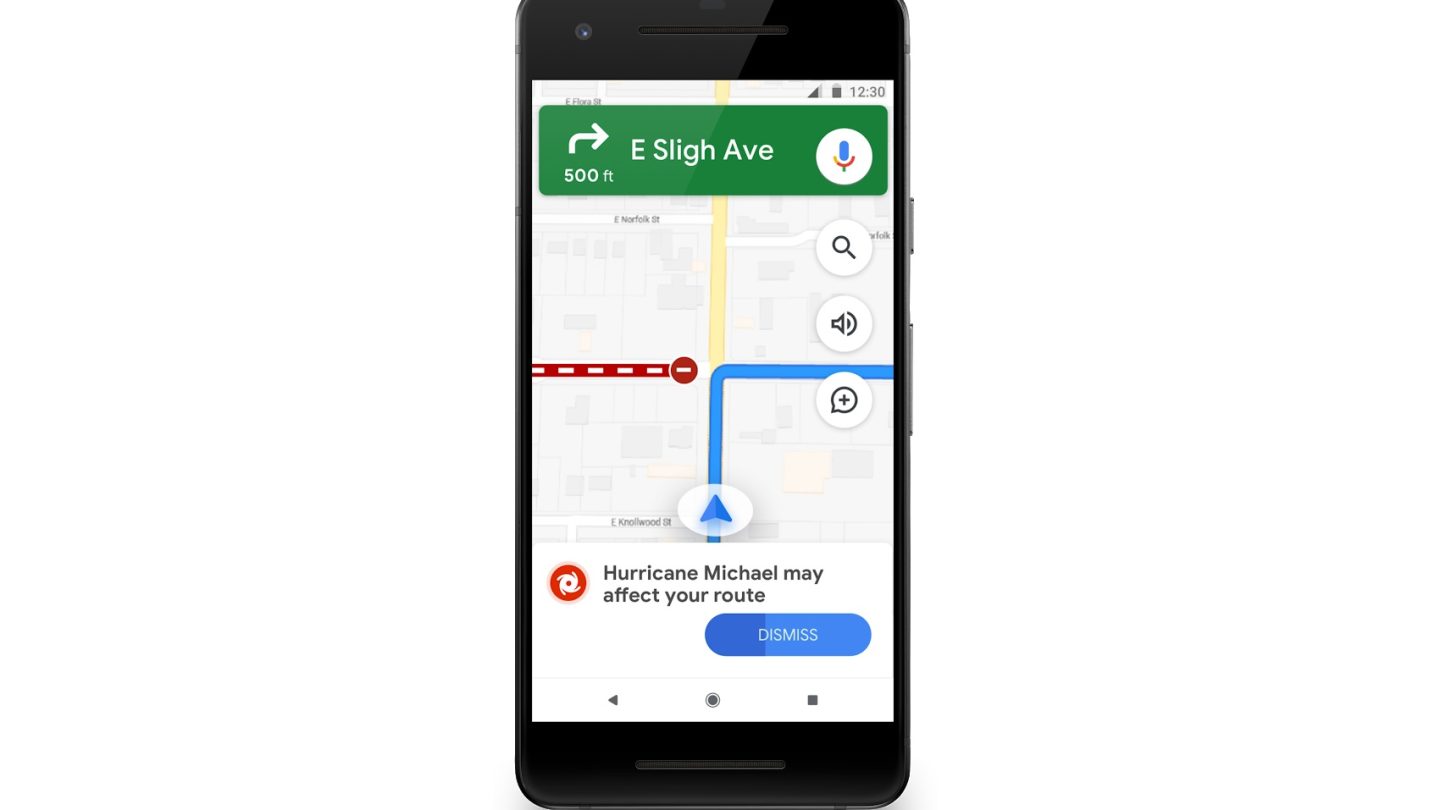 Google Maps is useful for finding directions to a gas station or discovering new restaurants in your neighborhood, but it could also save your life during a natural disaster. On Thursday, Google announced that its SOS Alerts, which were introduced two years ago, are being updated to include real-time visual information and a navigation warning system in times of crisis to help users best understand what they need to do to stay safe.

At first, SOS Alerts would show users vital information about a crisis, including a summary of the event, relevant news stories and Twitter posts, emergency phone numbers, and tips. But following the latest update, Google Maps features “detailed visualizations about hurricanes, earthquakes, and floods” as well.

“In the days leading up to a hurricane, you’ll see a crisis notification card on Google Maps that automatically appears if you’re near the impacted area,” Hannah Stulberg, Product Manager of Google Maps, explains. “This card will direct you to a hurricane forecast cone, which shows the prediction of the storm’s trajectory along with information about what time it’s likely to hit certain areas, so you can use this information to plan how to react.”

Google Maps will have a similar crisis card for earthquakes, showing earthquake shakemaps following the strike, showing users where the epicenter of the earthquake was, its magnitude, and how much it affected surrounding areas. And flood forecasts will show you where flooding is likely to occur and how severe it will be.

Google is also utilizing the crisis information directly in Google Maps by displaying a prominent alert as you navigate from one location to the next to let you know if your route is affected by crisis activity.

Hurricane forecast cones and earthquake shakemaps will begin to roll out on iOS, Android, desktop, and the mobile web around the world in the coming weeks. Flood forecasts visualizations will be exclusive to India, where flooding occurs on a frequent basis. And navigation warnings will hit iOS and Android this summer.