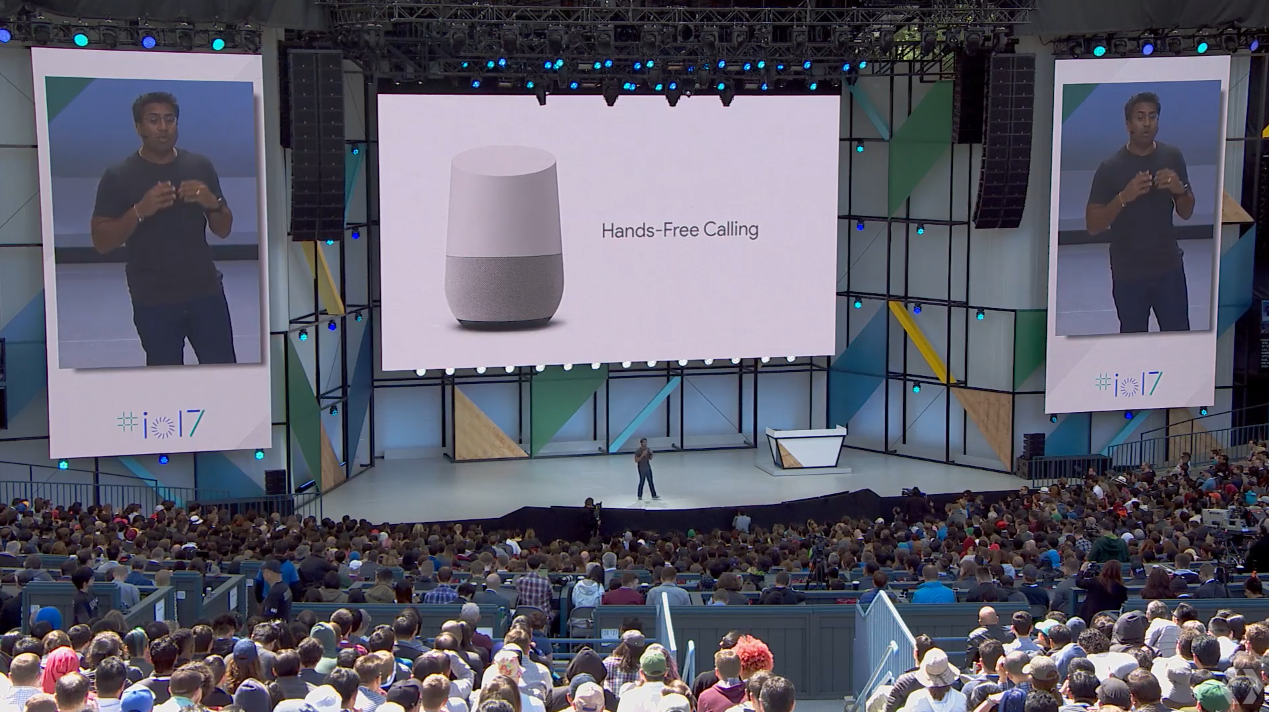 Today at Google’s annual I/O developer event, the company took the stage to announce a suite of new features headed to its Google Home speaker. As the primary in-home speaker competitor to Amazon’s Alexa, the Home hub has some catching up to do before it’s officially on par, but today’s announcements could help it catch up in a big way.

The first of the new features Google revealed is what it calls Proactive Assistance. It works by identifying important information you might want to know about and then lighting up to let you know it has something to tell you. In the on-stage demo, the Home speaker alerted the user that they might need to leave a bit early due to heavy traffic in the area. Google says it’s going to roll out the features slowly, adding more and more capabilities over time.

The hype over Amazon’s hands-free calling feature coming for Alexa has barely died down, and Google is already matching them with its own calling feature for Google Home. The company announced it would be coming in the next few months, and will provide free calls to the US and Canada either via a private number or link to your own personal phone number.

On the entertainment front, Spotify’s free tier of service is coming to Google Home, along with SoundCloud, Deezer, and several other music and radio services. Likewise, app support for HBO Now, Hulu, Crackle, and many other video streaming services is also on the way. Lastly, Google revealed that Home will now support Bluetooth connectivity from any compatible device, including iPhones.

Before wrapping up the Home segment of the show, the company announced that it’s adding what it calls Visual Responses to Home. These work by linking with other devices, like Google’s own Chromecast, to display visual results to questions and requests. Things like weather reports, calendar appointments, and TV listings are all in the cards.