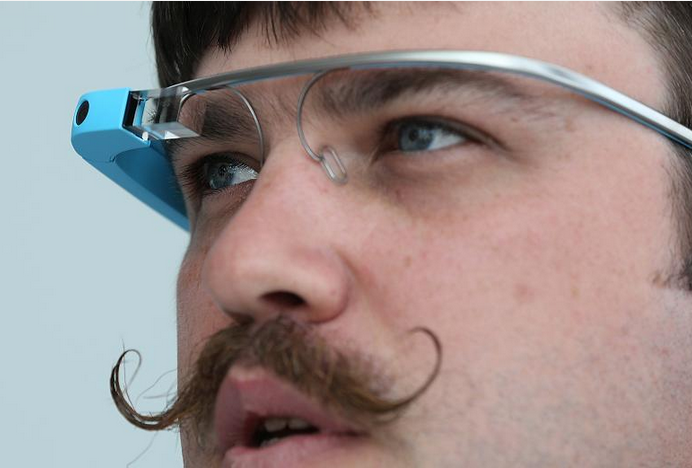 I can see the use case for Google Glass in certain industries. If you’re a surgeon, for example, I can imagine it would be useful having an eyepiece giving you real-time data while you’re in the middle of the operation. But when it comes to being something that the average person will wear with them at all times, it is just not going to work. I saw a guy wearing Google Glass in public about a month ago and I immediately wanted to kick sand in his face despite the fact that I’m a giant nerd myself. The device just looks completely ridiculous and there’s no amount of design adjustments that can change that very basic and indisputable fact.

The Next Web has spotted a new design patent for a potential next-generation version of Google Glass that looks a lot more like a monocle than a traditional pair of glasses.

The device is designed to be flexible so that it adjusts to your head on the fly — as The Next Web puts it, this version of Glass is “capable of retaining its configuration, so it stays in a shape the user is comfortable with.”

All of which is nice except for the fact that it still looks completely ridiculous. Not as ridiculous as the recently unveiled cyclops headband, but still ridiculous.

Basically, the only way that something like Google Glass will ever work is if Google figures out how to make it look like a regular pair of glasses. Until that happens, the headset will be nothing more than a niche oddity.