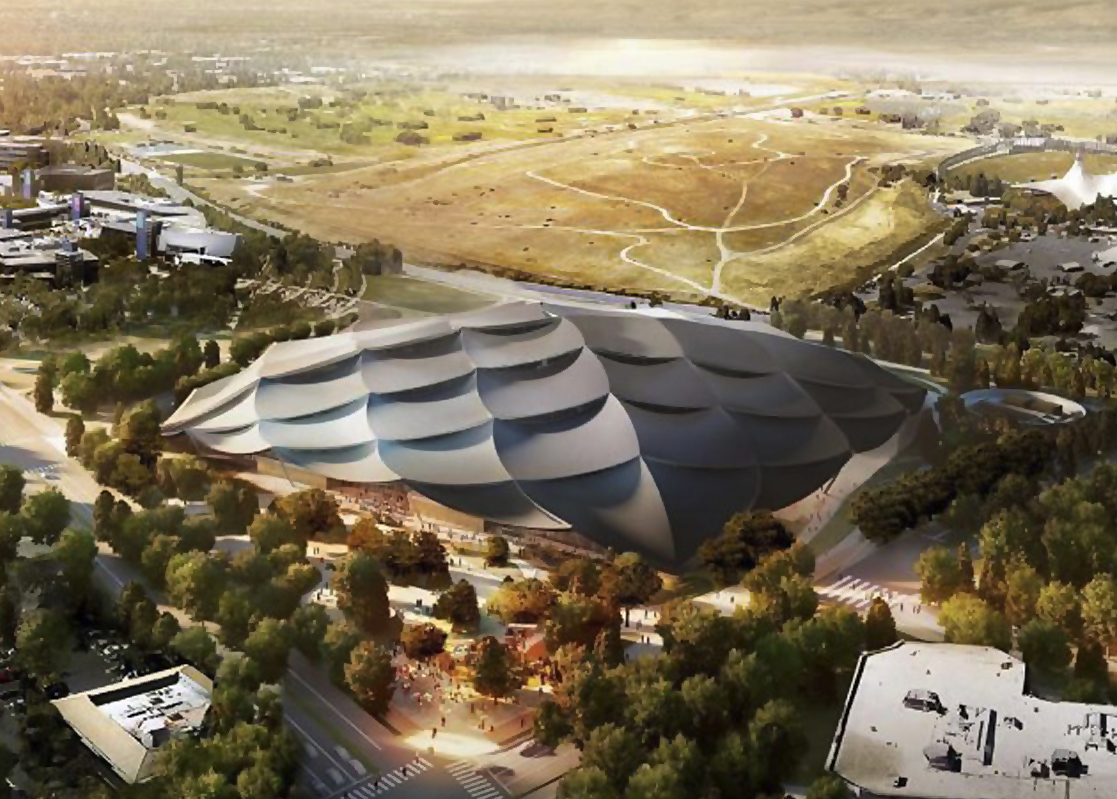 Maybe it’s the air, or the ocean, or the sheer saturation of electronic devices modifying everyone’s brainwaves, but every tech giant in Silicon Valley seems to have to make its new headquarters a few degrees more absurd than the ones before it. For many months Apple’s spaceship was the kind of utter insanity, but a new challenger has emerged in the form of Google’s long-planned Mountain View HQ, which was recently shown off in a series of conceptual renders in the lead-up to a city council vote on March 7th to decide whether or not the company can begin construction. The campus, which will encompass nearly 600,000 square feet, looks like a massive metal frame with tarps draped over the entire thing. That, of course, is just for aesthetics, as the building will obviously be rigid, but that tiny detail doesn’t stop the structure from being totally crazy. It might look like a tent, but the roof will actually be lined with solar panels, and the gaps along the edges of the roof sections will be inset skylights to provide free illumination and further the green vibe of the building. SiliconBeat reports that Google’s project consultants have described the unorthodox shape of the structure as “a building form not typically described in standard city codes.” That’s probably an understatement, and it will certainly be interesting to see how the city council decides to address the many challenges of judging whether or not this massive metal tent is suitable for Mountain View.