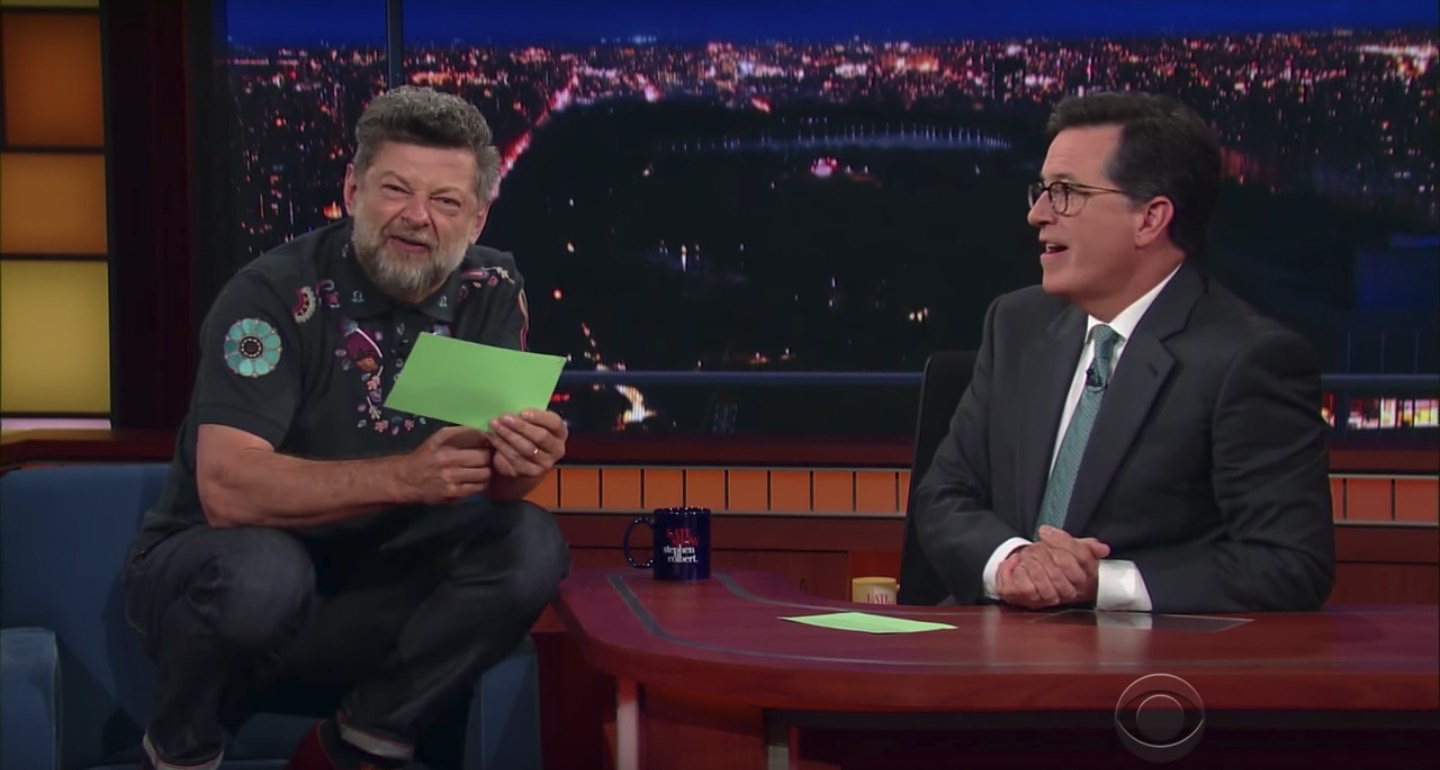 Not everybody will know who Andy Serkis is because his face rarely appears in the high-grossing movies in which he stars. You get to hear his voice and witness his expressions in various blockbusters though, including sagas like The Lord of the Rings, Planet of the Apes, and Star Wars, where he plays famous characters including Gollum, Caesar, and Supreme Leader Snoke with the help of special effects technology called motion capture. But after you see the following clip, you’re surely going to appreciate Serkis’s incredible talent.

Serkis was a guest on The Late Show with Stephen Colbert on Tuesday, where he talked about his latest movie, War for the Planet of the Apes that premiers on Friday. He explained how motion capture works, and we get to see him delivering a speech as Caesar, the top ape in the movie.

But the best part of the interview was when Colbert asked the actor to read some of Trump’s tweets as Gollum. Serkis quickly got into character, saying things like “the fake news media has never been so wrong” and “covfefe” in perfect Gollum speak.

The whole thing is amazing not just because Serkis delivers an impeccable Gollum performance, but also because it makes Trump’s attacks on the “fake news media” sound more terrifying than ever. Check out the clip below, starting at the 3:30 mark.