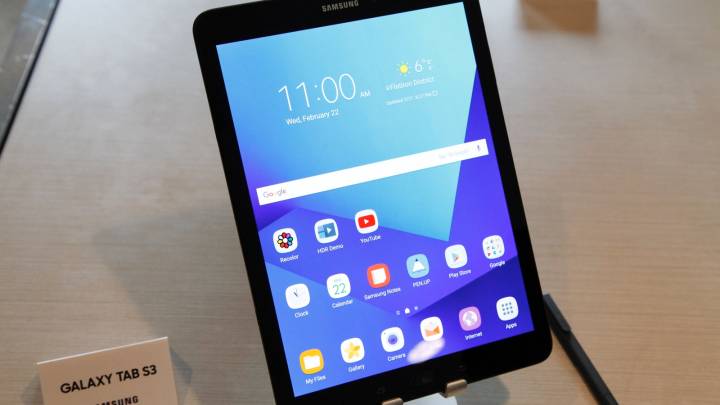 In a matter of days, we’ve seen two rounds of leaked images that showed us the only Samsung tablet you should consider buying this year if you’re into Android tablets. The leaks revealed the tablet will bring over a radical redesign, as Samsung removed physical buttons to increase the screen real estate and reduced bezels. The resulting tablet doesn’t look bad at all.

We now have the full specs of the Galaxy Tab S4, thanks to a new leak, and it’s almost as good as you may have hoped.

The tablet will be a great iPad alternative, albeit not a great iPad Pro version for Android fans. That’s because of two critical things.

First of all, the Galaxy Tab S4 is powered by a 2016 Qualcomm flagship processor, the Snapdragon 835, which seems out of place for flagship Android smartphones and tablets in late 2018.

Secondly, per SamMobile, Samsung went courageous of all a sudden and removed the fingerprint sensor from the tablet. There’s iris recognition to replace it, and you’ll be able to protect your data with a good old password. Iris recognition, mind you, isn’t the equivalent of Apple’s Face ID so logging in to your tablet might be a tad more annoying.

AKG sound is also included, as is DeX support. The latter will let you extend your Android experience to a bigger screen, just like Samsung’s 2017 and 2018 flagship.

Pricing details and launch dates were not leaked, but we do expect the Galaxy Tab S4 to be unveiled at IFA 2014 in September.