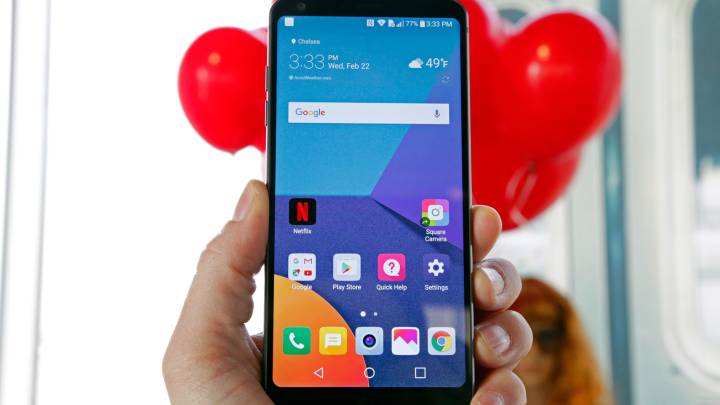 The Galaxy S9 isn’t the only Android flagship smartphone that’s supposed to debut in the first half of the year. Samsung’s long-time rival LG will soon unveil the LG G6’s successor, a phone that will hopefully be a worthy alternative to the Galaxy S9.

But don’t expect the phone to be called the LG G7. LG will overhaul the naming structure of its flagship smartphone line to make it seem more relevant, reports say. Also, don’t expect this G7 phone to hit stores before the Galaxy S9 does.

LG tried to take advantage of the Galaxy Note 7 crisis last year, which forced Samsung to miss the regular late February announcement for the new Galaxy S8. LG unveiled the G6 at MWC 2017, which is where the Galaxy S8 should have been introduced to the world. The G6 was the first of many all-screen smartphones that were supposed to launch throughout 2017, but LG made various mistakes which prevented the handset from becoming a success in stores.

An early launch for the LG G6 meant that LG was willing to use a 2016 processor in its 2017 flagship instead of the Snapdragon 835 that would power most 2017 Android rivals. That chip was a Galaxy S8 exclusive at first, which meant that nobody else had access to it until after the S8 became official — Samsung phone was unveiled in late March.

One other crucial mistake LG made last year was to fragment the LG G6 hardware and user experience. Not all LG G6 units were supposed to be identical. Depending on where you bought it, you’d end up with either better sound, wireless charging, or more built-in storage. But you couldn’t have all of them.

LG is now rumored to unveil the LG G6 successor in March rather than at MWC. The phone would be released in stores in April, according to The Korea Herald says.

The phone will have a two-digit numbering system that would replace the G-series naming structure. Apparently, the G7 moniker may fool some people into thinking the phone isn’t new, at least when compared to other smartphone names like Galaxy S9 or iPhone X.

LG wouldn’t be the only company to pull such a trick in recent years. Samsung skipped the Galaxy Note 6 to launch the ill-fated Galaxy Note 7. Google, meanwhile ditched the Nexus brand in favor of the Pixel.

The Galaxy S9, the report says, is expected to debut at MWC 2018 next month, although The Herald is only quoting existing rumors, without providing any new information. Earlier reports from Korea suggested that Samsung may unveil the Galaxy S9 on February 25th, a day before MWC kicks off in Barcelona.