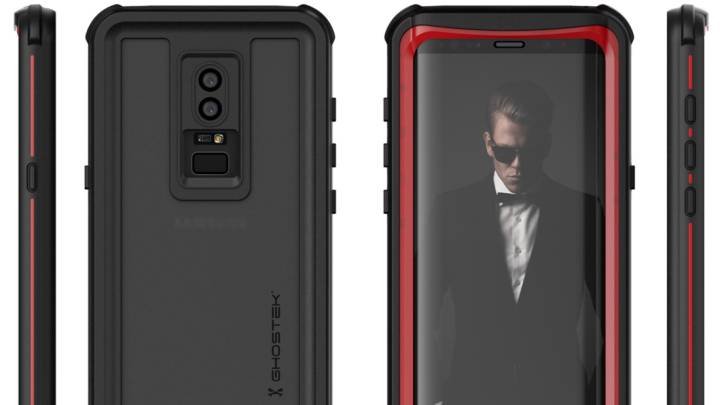 The Galaxy S9 is supposed to be a mild update compared to its predecessors, a variety of reports claim. The handset will keep the Galaxy S8 design in place, and Samsung will focus on innovative software features to make the Galaxy S9 stand out. That’s what one report said. A different source learned that the Galaxy S9+ will be the better version of the two upcoming Samsung flagships, with Samsung ready to copy a page from Apple’s iPhone 7 playbook. Samsung, however, can’t copy the iPhone fast enough, and some features, like 3D face recognition, might not be there.

A new report now says there is an iPhone X feature that Galaxy S9 will be able to steal, and it’s all good news.

After Apple, Samsung is one of the primary beneficiaries of iPhone X sales. The company makes the OLED screen in the all-screen iPhone that’s already been rated as the best OLED screen in town. And that component is the most expensive iPhone X part right now.

It’s likely that Samsung’s Galaxy S9 models will come out with better OLED displays than their predecessors. After all, the Galaxy Note 8 OLED screen was rated better than the Galaxy S8 only a few weeks before the iPhone X came out. And Samsung isn’t done proving to the world it’s the best OLED screen maker in the world.

But screen quality isn’t the only thing the Galaxy S9 may bring over. A source told SamMobile that the Galaxy S9’s screen-to-body ratio may be as high as 89-90 percent, seemingly confirming BGR’s exclusive Galaxy S9 render from a few days ago:

According to the information we have received, the bottom chin seen on the Galaxy S8 will be next to non-existent on the Galaxy S9, and the top bezel will be narrower than the S8’s bottom bezel.

Apple advertises the iPhone X as an all-screen phone, in spite of the top notch. The handset has a uniform bezel around the screen, and what’s great about it is that Apple made use of a flexible OLED screen to extend it to the phone’s edges. The Galaxy S9 might steal that iPhone X feature if this report is accurate, and further reduce the bottom and top bezels. But because Samsung’s flagships have curved edges, the Galaxy S9 may look even better than the Galaxy S8 or Galaxy Note 8.