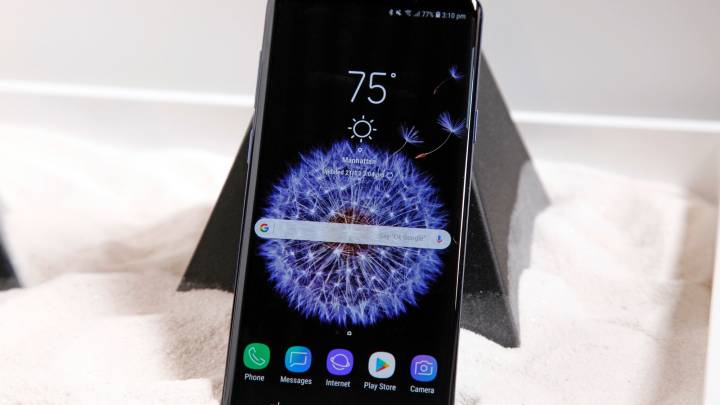 Every time a new smartphone comes out, DisplayMate‘s Ray Soneira puts the device through a series of tests designed to objectively measure which screen is the “best.” For spec junkies or people who love examining graphs of color gamut, it’s a nerdy paradise. For everyone else, his results generally confirm the same thing: New is always better.

Unsurprisingly, nothing has changed for the Galaxy S9, which earned DisplayMate‘s “highest ever A+ grade,” even better than the iPhone X, which Soneira crowned as the best smartphone display ever made late last year.

“While the Galaxy S9 display might at first appear to be very similar to the Galaxy S8, there are many major display performance improvements. OLED is now a highly refined and mature display technology that has evolved into the highest performance displays for Smartphones,” Soneira wrote. “So instead of just focusing on pushing the OLED hardware performance levels higher for the Galaxy S9, Samsung has instead concentrated on significantly enhancing and optimizing the on-screen Absolute Picture Quality and Absolute Color Accuracy of the OLED display by implementing precision factory display calibration, moving the overall Galaxy S9 display performance up to Outstanding levels, and setting many new Display Performance Records, including Absolute Color Accuracy that is Visually Indistinguishable From Perfect, and almost certainly considerably better than your existing Smartphone, living room 4K Ultra or HDTV, Tablet, Laptop, and computer monitor based on our detailed Lab measurements, earning DisplayMate’s highest ever A+ grade.”

Of particular note are the color accuracy, brightness, and viewing angle, which are all a significant improvement on paper compared to the Galaxy S8. In reality, smartphone displays have reached the point where a normal person is going to struggle to tell the difference generation-to-generation between displays. Brightness and color accuracy could make a difference if you use a VR headset, however, since you’re more likely to see a difference when the screen is an inch from your eyes.