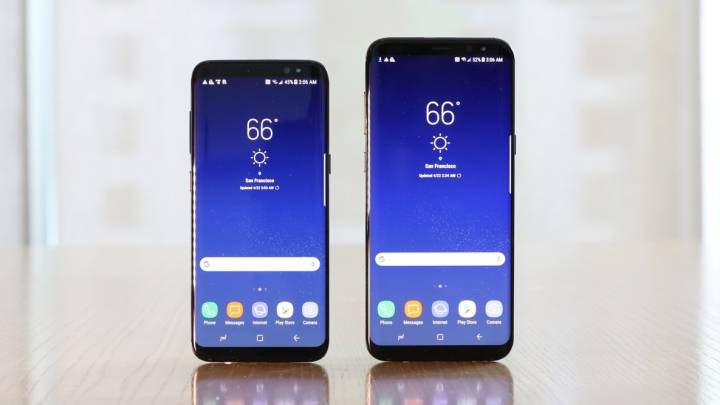 The Galaxy S9 may not be unveiled in early January, as some reports had suggested, but that doesn’t mean the Galaxy S9 rumors have stopped coming in.

It doesn’t look like Samsung will be able to replicate the iPhone X’s Face ID feature in time for the Galaxy S9 launch, but the company has been working on making the iris scanner faster.

That’s according to The Korea Herald , which heard it from a source that that the iris scanner is getting a few significant upgrades.

“Galaxy S9’s iris scanner will have an improved camera lens and functions to make it better to recognize the eyes of users,” the source said.

“The iris camera lens will be improved to 3 megapixels from 2 megapixels of Galaxy S8 and Galaxy Note 8 to capture clearer images. The scanner will better recognize users’ irises even when they wear eyeglasses, move their eyeballs or are in a too dark or too light environment.”

The source said the scanner will have an even shorter response time than the current one second.

Meanwhile, Dutch-language site Mobile Kopen found a listing at the Chinese Ministry of Industry and Information Technology (MIIT) that reveals the Galaxy S9 and Galaxy S9+ will each come in dual-SIM versions. That’s hardly surprising, considering that previous Samsung flagships had dual-SIM support, and good news to anyone looking to use two SIM cars simultaneously on Samsung’s upcoming flagship.