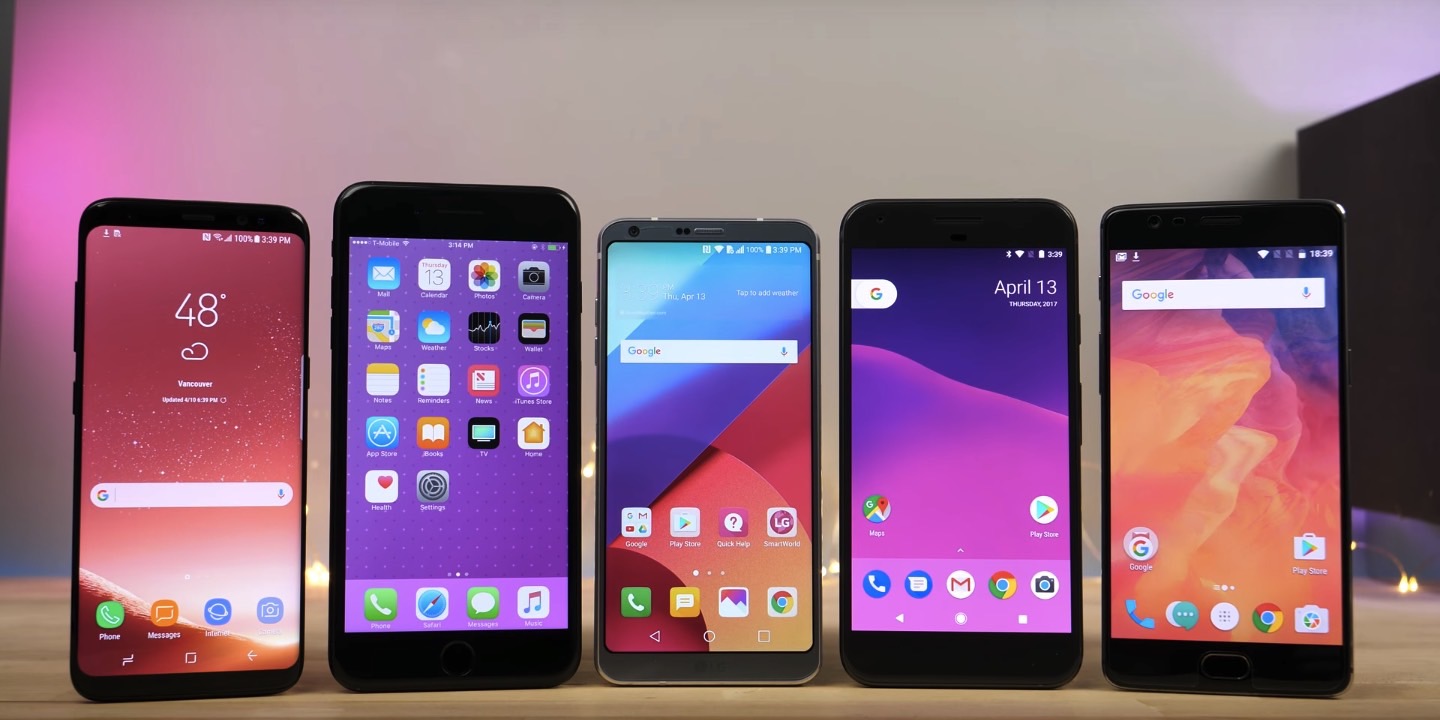 What’s the fastest smartphone you can buy right now? Is it the brand new Galaxy S8 or LG G6? Is it Apple’s iPhone 7 Plus that was released last year? Or is it one of the best Android phones of 2016, such as Google’s Pixel or the OnePlus 3T? A thorough speed test compares all five handsets, but the conclusions are hardly surprising.

After pitting the Galaxy S8 against the iPhone 7 Plus in a recent speed test, YouTube channel EverythingApplePro added the LG G6, the Pixel, and the OnePlus 3T. Unsurprisingly, iPhone 7 Plus is still the fastest smartphone in the world, outperforming all devices in most tests.

The Galaxy S8, with its Snapdragon 835 processor, comes in second and is significantly faster than the LG G6, which was released less than a month ahead of Samsung’s new phone. It’s interesting to note that all Android phones in the test aside from the Galaxy S8 have Qualcomm Snapdragon 821 chips inside. But the LG G6 still appears to trail behind both the Pixel and the OnePlus 3T in this test.

In benchmark tests, the iPhone significantly outscores the competition. In other words, there’s nothing surprising about this new speed test video. The iPhone 7 is still better and faster than phones that were launched almost half a year after its release. Qualcomm hasn’t caught up to Apple’s A-series chips yet, and Android device makers simply can’t optimize Android like Apple does with iOS.

Now, speed test comparisons like this that keep popping up on YouTube are completely unscientific, and they aren’t always objective. But channels like EverythingApplePro and others have come up with “standard” procedures which are meant to offer speed tests that are relevant for real-life use.

Finally, if you’re already using one of these five phones, chances are you’re getting a great mobile experience. After all, they are all flagship handsets. You won’t notice any differences in performance unless you switch to a different flagship.  On the other hand, if you’re looking to buy a brand new device and speed is the deciding factor, it’s videos like this one that should help settle the matter.