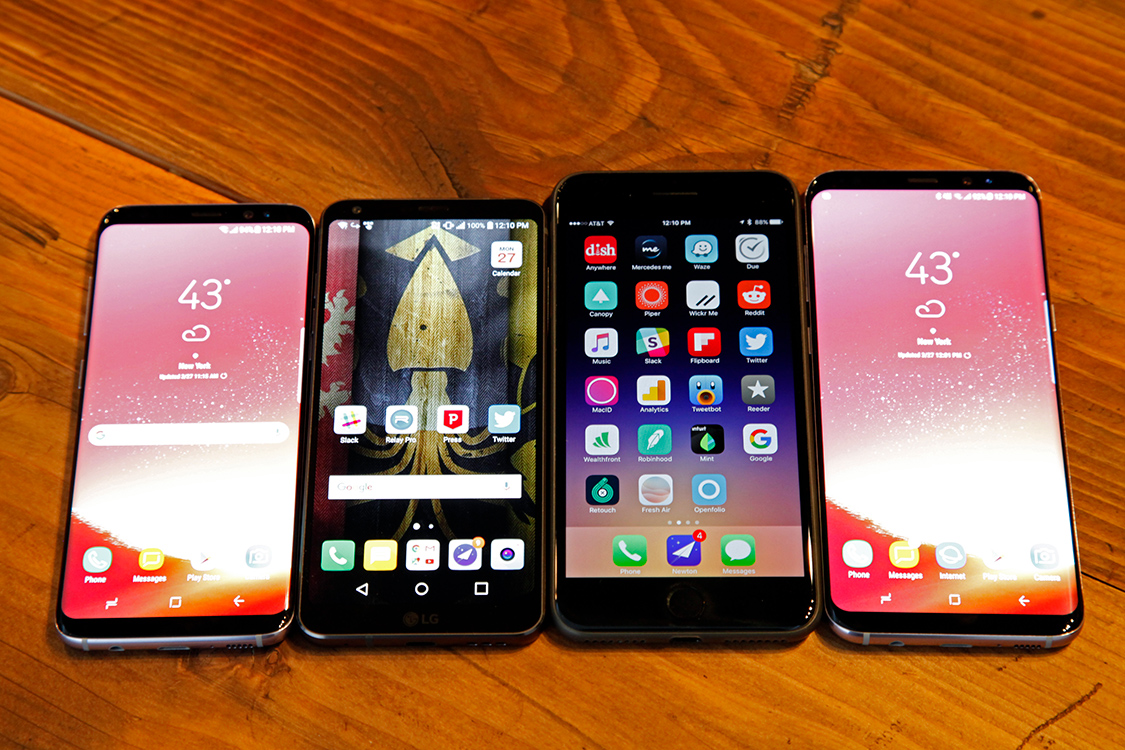 Samsung has finally taken the wraps off the Galaxy S8, its game-changing flagship smartphone for the year. It’s unlike any other device we’ve seen before in terms of design and functionality, and it promises to mark a major change in the way that smartphones look and feel and work.

But despite all that, it’s still another smartphone that’s going to have to compete for sales in stores and online, just like any other device. Specs don’t tell the whole story, especially given the software features that Samsung has crammed into the Galaxy S8. But until we’ve had a chance to extensively test the Galaxy S8 next to the best iPhones and Android devices in the world, a fight on paper is the best we can do.

Even just looking at the specs shows that the Galaxy S8 blows 2016 smartphones out of the water. On raw performance, it’s top of the pack thanks to the Qualcomm Snapdragon 835 processor. It’s the first smartphone to launch with Qualcomm’s latest and greatest, and from what we’ve seen and heard so far, it should offer unrivalled performance while also being more energy efficient, which should hopefully mean longer battery life.

Thanks to the lack of bezel, Samsung can fit a huge screen in a very manageable device. 5.8 inches looks big on paper, especially compared to something like the iPhone 7’s 4.7-inch screen, but it shouldn’t prove unwieldy. The resolution also looks sufficient for the size of screen Samsung went with: enough pixels to allow for crisp photos, video and VR content, but not so many that it’s a waste of money and battery life.

All in all, it’s clear from the specs that the Galaxy S8 is a step above anything that launched in 2016. It’s even a noticeable step above the newly-released LG G6, thanks to the more up-to-date processor. As we said, real-world testing is the ultimate decider, but just looking at the specs sheet, the Galaxy S8 is going to be hard to beat.