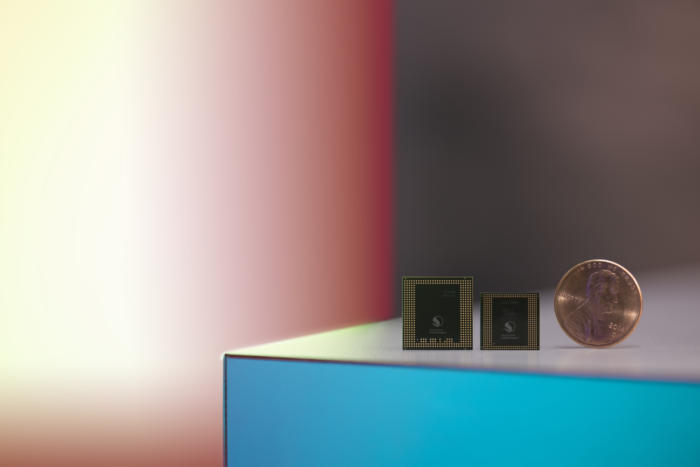 The Galaxy S8 will be faster than Samsung’s 2017 flagships, that’s practically a given. But thanks to CES 2017, we now have a pretty good idea of exactly what that means. Qualcomm on Tuesday took the wraps off its latest mobile processor innovation, the Snapdragon 835 that will be found inside many 2017 flagship devices, including the US version of Samsung’s Galaxy S8 phones. And Qualcomm basically confirmed that everything we learned from those leaked presentation slides was accurate.

However, the new SoC will also help out with battery charging. The new SoC supports USB-C connectivity (including power delivery) and comes with Quick Charge 4 technology. That means you get five hours of talk time in just five minutes of charging. Quick Charge 4 is also supposed to be 20% faster, 30% more efficient, and 5 degrees (Celsius) cooler.

When it comes to RAM, the processor will support LPDDR4x memory clocked at 1866MHz, which is on par with what the Snapdragon 820 can offer.

Speed gains do not end there for the Galaxy S8. The Snapdragon 835 will also be much faster when it comes to wireless data transfers. The SoC packs a built-in X16 LTE modem that offers LTE download speeds of up to 1 gigabit and uploads of up to 150 megabits, as long as the carriers support it. The chip also supports 4×4 MU-MIMO 802.11ac Wi-Fi and could support 802.11ad speeds (up to 4.6 gigabits per-second peak speed) with the help of an additional chip — that’s up to a phone’s manufacturer.

The Snapdragon 835 is ready for Bluetooth 5.0, as the SoC is the first chip certified for the new Bluetooth standard, according to PCWorld. But the Galaxy S8 will still need a dedicated companion chip to handle Bluetooth 5.0. Other Snapdragon 835 improvements concern the camera. The SoC has dual 14-bit image signal processors that can support either dual 16-megapixel cameras or a single 32-megapixel camera. You can also expect better zoom and image stabilization, support for dual photodiode, and better hybrid autofocus.