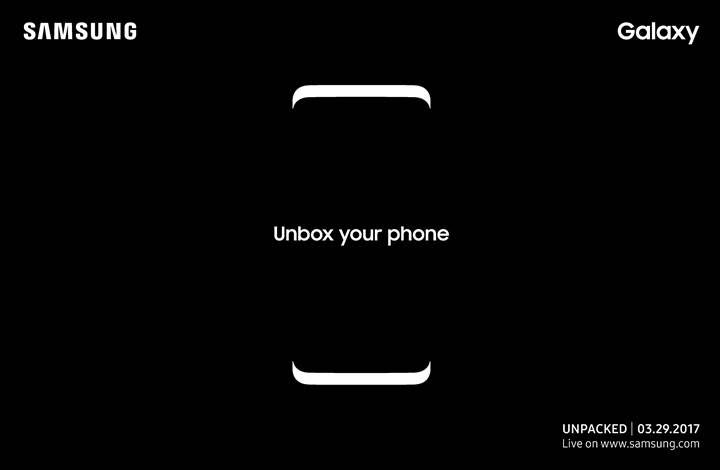 In an otherwise tablet-dominated press release in Barcelona, Samsung found 15 seconds to tease its next big smartphone for all of us. As expected, we’re going to have to wait a month longer for the Galaxy S8 launch, but it could well be worth it.

A Samsung invite sent out confirms that the launch event is going to happen in New York City on March 29th. Until then, this teaser trailer is all we’ve got to go on.

Here's the #GalaxyS8 teaser shown by Samsung at #MWC2017. pic.twitter.com/3Ghgwg8tyb

The teaser takes us through the history of the cellphone, beginning in the 1980s. It’s a showcase of design, decade-by-decade, with the oh-so-subtle hint being that the Galaxy S8 is going to dominate 2017.

If we’re really reading into it, the teaser also seems to confirm that there will be very little bezel on the side, no physical home buttons (or buttons of any kind), and some kind of symmetrical bezel top and bottom. That lines up pretty well with what the rumors have suggested so far.

One thing we’re still completely in the dark about is the number of devices that Samsung is going to reveal. We’re expecting to see the Galaxy S8 and Galaxy S8+ at this event, but Samsung has only hinted at the one device so far.