Are you upset that Samsung has no plans to release its upgraded Galaxy S8 with 128GB of storage and 6GB of RAM in the United States? Well, prepare to get even angrier, because everything we suspected about the US version of Samsung’s new Galaxy S8 and Galaxy S8+ flagship phones ahead of their release turns out to be true. A phone blog got its hands on a US version of the Galaxy S8+ and the standard global version of the phone, both of which have 64GB of storage, 4GB of RAM, and new 10nm octa-core processors. Each model packs a different processor, however, and it turns out that not all 10nm octa-core processors are created equal.

If you buy a new Galaxy S8 or Galaxy S8+ when they’re released on Friday, you’ll find yourself with an incredible new phone regardless of where you live. Read our full in-depth Galaxy S8 review if you want all the details. Long story short, it’s the best Android phone in the world and the most stunning smartphone you can buy, period. But for the diehard Android fans who love to nitpick and obsess over specs, we have some bad news.

Mobile blog GSM Arena took a US Galaxy S8+ and a global Galaxy S8+, and it ran just about every benchmark test you can think of on both phones. From Geekbench 3 single-core and multi-core tests, to Geekbench 4 single-core and multi-core tests, to AnTuTu, GFX 3.1 Manhattan, and more, all of the bases were covered. And in every single test expect for one, the global Galaxy S8+ model outperformed the US version. That one test, by the way, was the old AnTuTu 5 test — the global S8+ outscored the US version in the newer AnTuTu 6 test, however.

Samsung’s Galaxy S8+ for the US is powered by a Snapdragon 835 processor (2.3GHz Quad + 1.7GHz Quad) while the global model packs Samsung’s own Exynos 8895 SoC (2.35GHz Quad + 1.9GHz Quad). The chips are similar, but Samsung’s processor is clocked a bit faster and as a result, it’s able to outperform the US model consistently.

A few of the benchmark test results can be seen below, and the rest are available on GSM Arena. 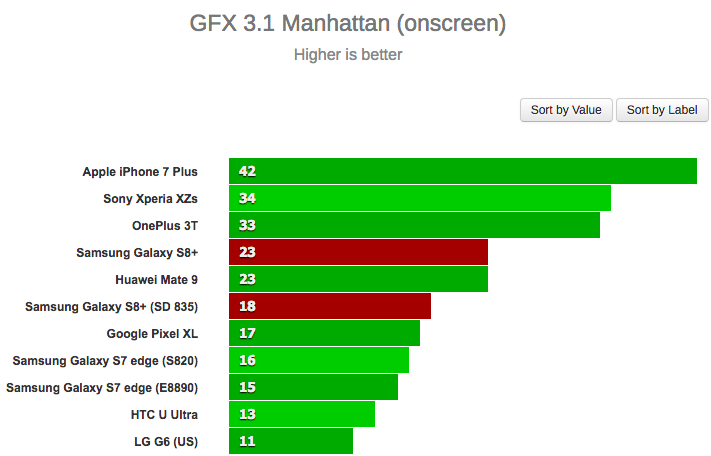 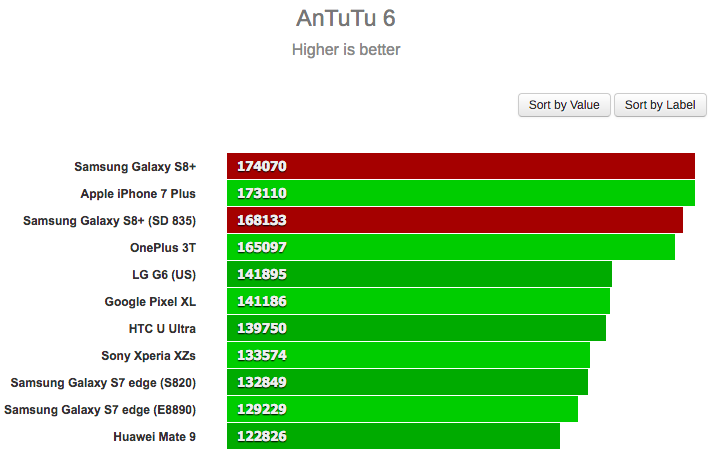 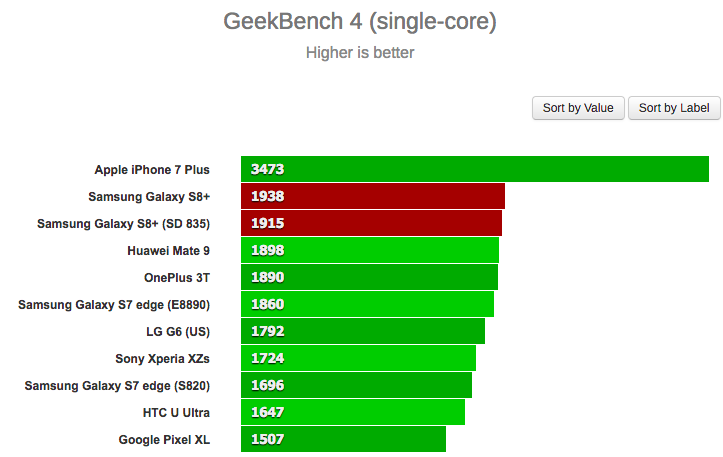 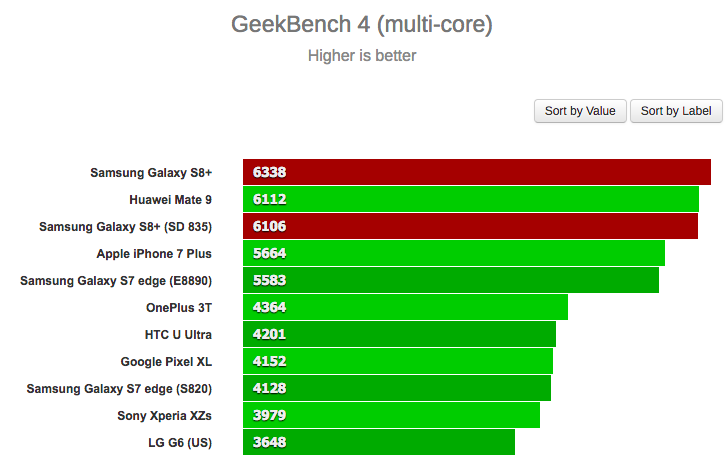