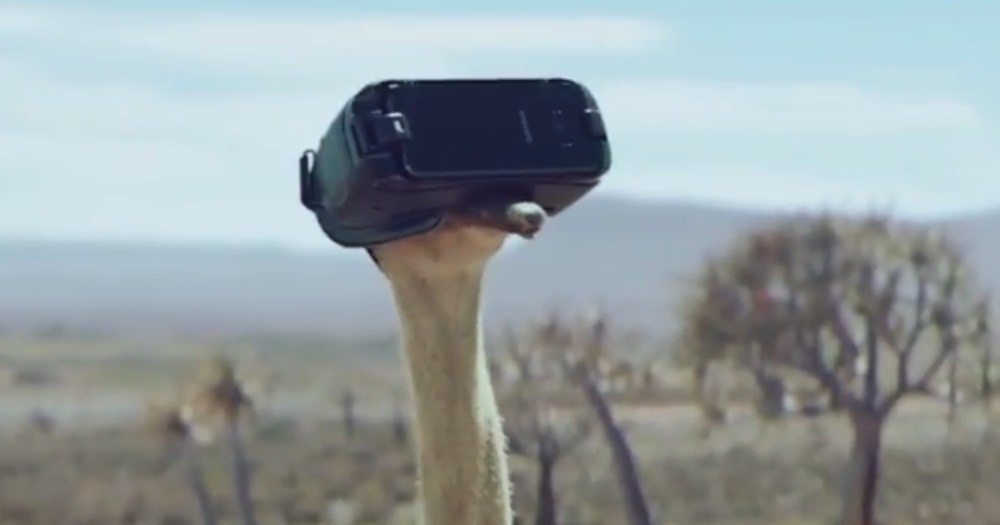 Samsung knows a thing or two about making TV commercials that go viral online, but that doesn’t necessarily mean Samsung’s ads are always great. However, that might change in the future. At the end of its Galaxy S8 Unpacked event, the company played an awesome TV commercial that’s easily the best phone ad the company has ever made.

Rather than taking obvious hits at Apple’s iPhone, or just running through the main features of the Galaxy S8 phone, Samsung chose a different approach for this ostrich commercial: animals. And who doesn’t love silly animal clips?

We’ve got a curious ostrich which somehow gets stuck into a Gear VR headset that happens to play a flight simulator video, of all the VR content that could be playing on the phone.

The entire clip shows the ostrich’s immersive Gear VR experience, and its determination to do the unthinkable after experiencing flight inside Gear VR. All the other ostriches, the ones that didn’t get to play with a Gear VR, are left behind. They’ll never know what flying feels like.

The message is pretty clear. The Gear VR doesn’t just work by itself. It needs a phone inside, like the Galaxy S8 that Samsung just unveiled, to help you do the unthinkable.

Samsung also posted an official introduction video on YouTube, which takes you through all the Galaxy S8’s innovations. Here it is: