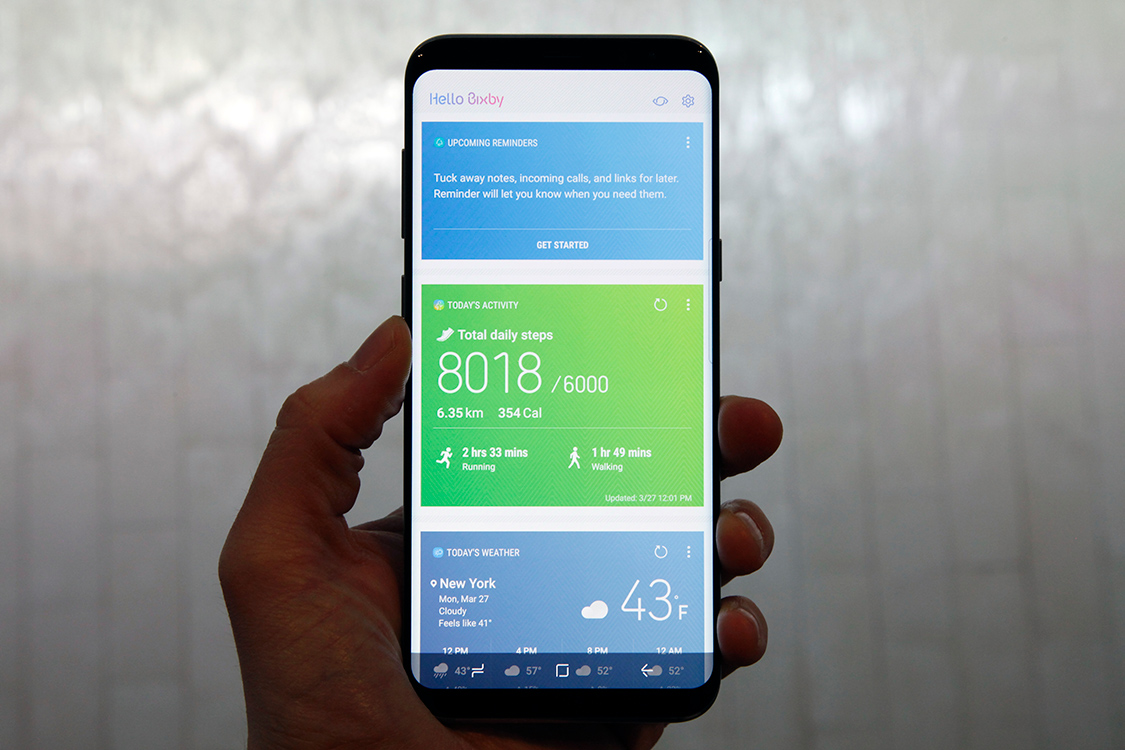 Samsung’s hot new Galaxy S8 and Galaxy S8+ have been available for more than a week now, and millions of smartphones fans around the world are learning what we learned back when we reviewed the phones: you only need to hold a Galaxy S8 in your hand for a few moments before you fall in love with Samsung’s new design. The Galaxy S8 hardware is simply stunning, featuring a giant “Infinity Display” that takes up 83% of each phone’s face. Curved sides on the front and back make the phone more comfortable in the user’s hand than any other smartphone on the market, and the premium feel of glass and metal are terrific.

There’s no question that Samsung nailed the hardware this year, which leaves the Galaxy S8’s software as the big question mark. As I covered in a piece last week, software is the reason I can’t ditch my iPhone 7 Plus and switch to a Galaxy S8+, and I’ve heard plenty of similar stories from others. The good news is that Samsung just took a huge step to improve the software on its Galaxy S8, but the bad news is the new update won’t be available in the United States for quite some time.

When I first played with the Galaxy S8 ahead of Samsung’s announcement back in March, I was pretty impressed by Bixby. Samsung’s answer to Siri, Alexa, and Google Assistant seemed to perform quite well, and it also offered some nifty features that aren’t available from Apple or Amazon.

Bixby combines key features from other voice assistants with a homepage similar to Google Now; a series of cards offers a wide range of helpful information on the Bixby homepage. It’s a nice supplemental feature to the Bixby voice assistant, but there’s one big problem: At launch, the Bixby home screen wasn’t a supplemental feature, it was Bixby’s main feature. In fact the only other available feature was Bixby Vision, which uses the phone’s camera to translate text, or to recognize places and things, and offer contextual information.

On Monday, Samsung alerted Galaxy S8 and Galaxy S8+ users in South Korea that a new update has been made available. Once installed, the update enables the hotly anticipated Bixby Voice feature, allowing users to speak commands that Bixby will understand and act on. According to Samsung, Bixby Voice can do anything on the phone that can otherwise be done with a tap.

The new update has been made available to all Galaxy S8 and Galaxy S8+ users in Samsung’s home country, but sadly there’s no update as far as when customers in other markets might expect it. Last we heard, Samsung is hoping to roll out Bixby Voice in the US sometime this month.