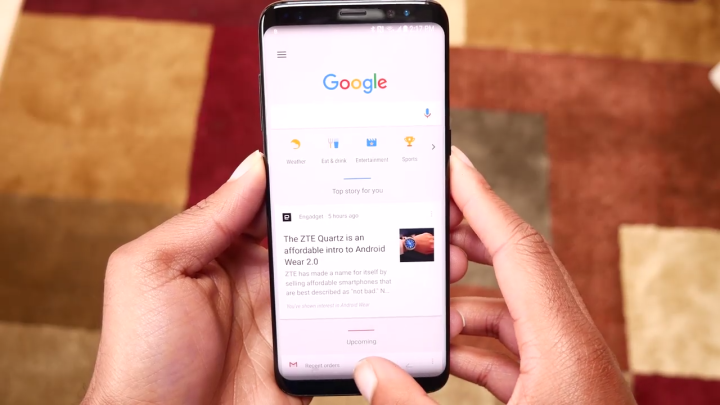 For as much praise as the Galaxy S8 has received from critics, there is one feature that hasn’t received many compliments: Bixby, Samsung’s (unnecessary) answer/companion to Google Assistant. As our own Zach Epstein noted in his review, the curiously-named AI assistant doesn’t even appear to be fully functional upon release, which makes the dedicated Bixby hardware button even more perplexing.

Many future Galaxy S8 owners were disappointed to learn that there would be no official way to remap the button to activate another feature or app on the phone that they might actually use, but a free app called BixRemap recently appeared on Google Play to give all of those future S8 owners an out.

“A simple app I designed in 20 minutes,” developer Dave Bennett explains. “It launches Google Now when you hit the Bixby button (Google will Launch over the Bixby app). If there’s any more interest in this, I can develop this further. Just a test app at the moment.”

As Bennett makes clear in the app description, this is neither a permanent nor an especially well-designed solution for remapping the Bixby button, but it is a compelling proof of concept for those who don’t want to have a hardware button go to waste on the side of their Galaxy S8 or S8+.

A few notes before you rush to download BixRemap: the app requires you to allow usage tracking, Bixby will actually launch before Google Now and a notification will appear in the notification tray every time you use BixRemap. If that’s not enough to dissuade you, BixRemap is a serviceable solution.