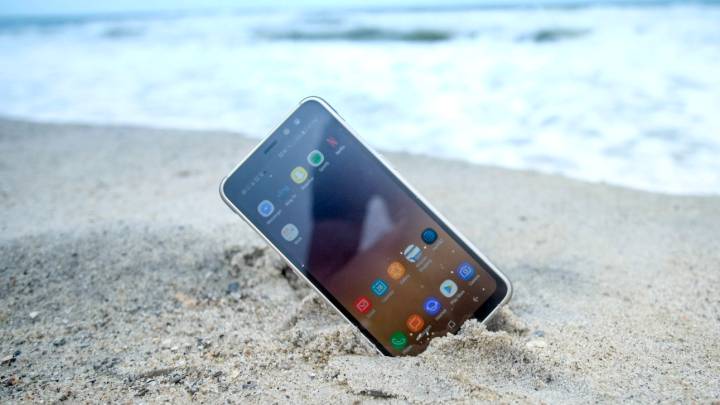 Thanks to a recently unveiled filing with the FCC, we’ve learned that Samsung is bringing the Galaxy S8 Active to T-Mobile. That’s already great news for people who want to own the best version of Samsung’s best smartphone, but it gets better.

The S8 Active coming to T-Mobile will have full support for LTE Band 71, the spectrum that T-Mobile is using for its very new (and very awesome) LTE network. B71 support is a must-have for anyone who’s planning on keeping a phone on T-Mobile for the next few years, and the S8 Active is the second (and best) phone to launch with full support.

Technically, we don’t know that this is a T-Mobile device yet. But the model number lines up with rumors we’ve heard, and T-Mobile is the only mobile network in the US so far using LTE B71, so the inclusion of support for that LTE band is a dead giveaway about where this phone is heading.

Apart from the difference in LTE bands, this Galaxy S8 Active should be the exact same phone that we loved earlier this year. Sure, the Galaxy S8 might feel a little long in the tooth, given that the original launched in spring, but it’s still an excellent device. The internals — Qualcomm Snapdragon 835 processor, 4 GB of RAM, and 64 GB of storage — are right up there with any other Android flagship you can buy right now, it’s got the all-screen design that only a handful of phones have managed to pull off, and you’re not even going to need a case.

So why should you get this over any other phone that T-Mobile offers? Simple: the Band 71 support. LTE B71 uses 600MHz frequency, which is a lower chunk of spectrum than any other wireless network in the US. Lower frequency means better range and better pentration, which should translate to more coverage in rural areas and inside buildings. T-Mobile’s first 600MHz sites are already live in Maine and Wyoming, and national coverage should be achieved within a few years. While B71 support isn’t a must-have feature right this second (unless you live in Cheyenne), it sure will be this time next year.