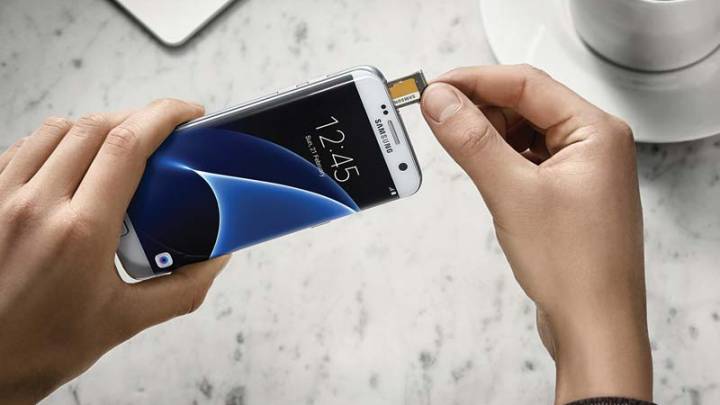 The Galaxy S7 is the talk of the town right now and many people are saying it’s the best smartphone available right now. One of the perceived advantages of the Galaxy S7 over its predecessor is support for expandable storage. But using a microSD card might come at a huge cost to some people: The dual-SIM capability of the phone is lost.

It turns out there’s a way to get simultaneous dual-SIM and microSD support on the Galaxy S7, but it requires some tinkering.

The way the Galaxy S7 is supposed to work is pretty straightforward when it comes to SIM cards and microSD storage. There’s a single SIM tray that can house either two SIM cards or a SIM card and a microSD card, as seen below.

However, No Replied found a way to use all three (two SIMs and a microSD card) in the Galaxy S7.

What you have to do, in short, is to tinker with the second SIM card. Make sure it’s a nano SIM card with a removable ship, and then cut according to specific guidelines. After this, you’ll glue the nano SIM card to the back of the microSD card. This is what you end up with:

The procedure is really straightforward, but it does involve some risk, as you may end up permanently damaging your SIM card (don’t worry you can replace it), your microSD card (because you have to glue the SIM chip to it), and your phone (again, you’re intentionally inserting in the phone something you’ve glued yourself).

That said, you can take precautions to make sure the process doesn’t backfire – so make sure you read and reread the instructions over at No Replied on how to make this work. Because if this is successful, you get two SIMs and a microSD card inside the phone.