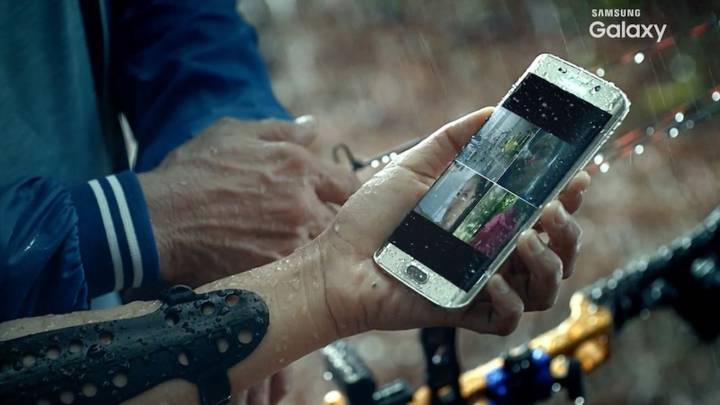 Samsung will unveil the Galaxy S7 in just a few days, but at this point, we can’t but wonder whether there are any Galaxy S7 secrets left. You know, the kind of features that would dazzle the fans. Because everything seems to have leaked already, and Samsung doesn’t seem interested in preventing unofficial information from reaching potential customers well ahead of the phone’s launch.

DON’T MISS: How much is a new 4-inch iPhone worth to Apple?

After a commercial from Samsung Indonesia showed an unreleased Galaxy edge device sporting waterproof and wireless charging powers, a new video from Samsung teases water resistance and the ability to survive accidental drops.

The short teaser, posted on Samsung Mobile’s Twitter account, shows a girl dropping her handset on the ground, with the phone making coming to a rest in the pool. The phone isn’t showed, but it’s clear what Samsung is saying with this ad.

“Change your idea of what a phone can handle on 2.21.16,” the accompanying message says, next to a #TheNextGalaxy hashtag.

We get it. Not only will we not have to worry about dropping the Galaxy S7 or Galaxy S7 edge, but it’ll also be able to survive accidental dips in the pool. Recent leaks suggested the phone will come with an IP68 rating, but Samsung should reveal more details about it this Sunday.

Change your idea of what a phone can handle on 2.21.16. #TheNextGalaxyhttps://t.co/saU2TutJ5T