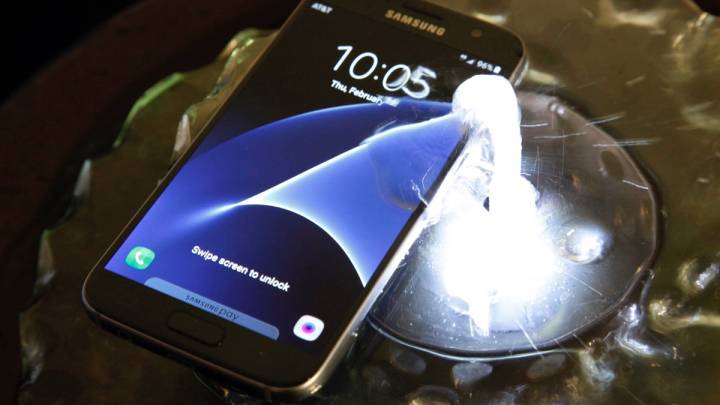 The Galaxy S7 seems to be the hottest smartphone in town – sorry, LG G5! – and the device certainly looks like the best smartphone Samsung has made to date. Along with all the other new features and improvements inside the Galaxy S7 that are worth mentioning, there’s a little feature that could ensure you don’t land yourself in a shocking situation. One early Galaxy S7 buyer who already received the device dunked it in water to take a photo. Four hours later, when he tried to plug it for charging, a “moisture detected in charging port” error appeared on the screen and the Galaxy S7 did not start charging.

The Galaxy S7 is water resistant (IP68 rating) meaning that it’ll survive most water accidents. However, the microUSB charging port isn’t covered, so water can enter it. The moisture sensor is definitely a welcomed addition to the phone, and could prevent accidents caused by a water and electricity mix.

Will the iPhone 7 feature a similar sensor in its Lightning port? Recent rumors did say the phone will be waterproof, and a couple of newly uncovered Apple patents propose ways of disposing water that might enter certain ports.

As for the user whose Galaxy S7 would not charge, he or she was able to resume charging after the phone dried up. Other xda-developers forum members noticed similar behaviors with their Galaxy S7 handsets as well.

If you want to see whether the Galaxy S7 survives a dip in the pool, check this video.