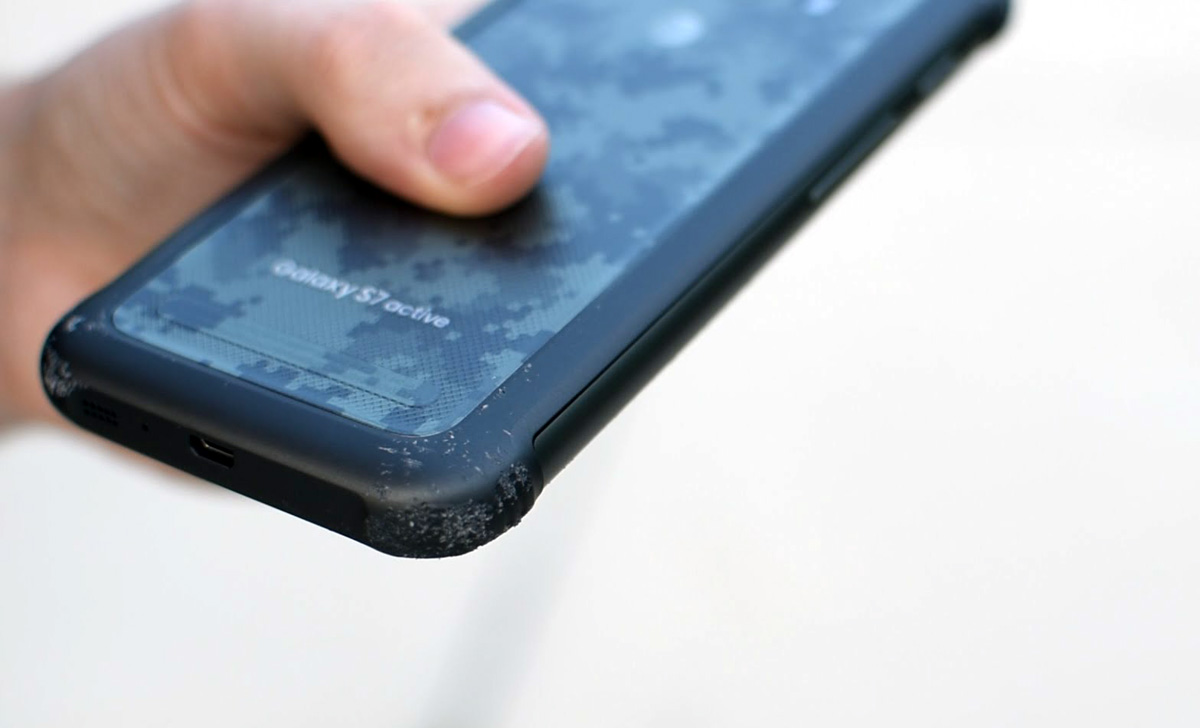 We’ve seen Samsung’s new Galaxy S7 Active fail some water submersion tests lately, so owners might be wise to avoid any unnecessary dunks. But the S7 Active has held up very well in all of the drop tests we’ve seen to date. Of course, none of those drop have been quite as extreme as this one.

Samsung’s Galaxy S7 and Galaxy S7 edge may very well be the least durable flagship smartphones of the year so far. The glass front and back on these phones mean there are very few angles at which the phone can drop and not be in danger of cracking — even with a drop from a low height. With that in mind, it can be difficult to trust a ruggedized phone that carries the S7 branding.

Perhaps this video will put your mind at ease.

Gadget blog TechnoBuffalo took a Galaxy S7 Active, strapped it to a drone, flew it up into the sky and dropped it several times to the ground below. The first test saw the drone drop the phone from 50 feet, and subsequent tests raised the bar until the phone was released from a whopping 400 feet in the air. Could it possibly survive a drop test this savage? You’ll have to watch the video embedded below to find out.