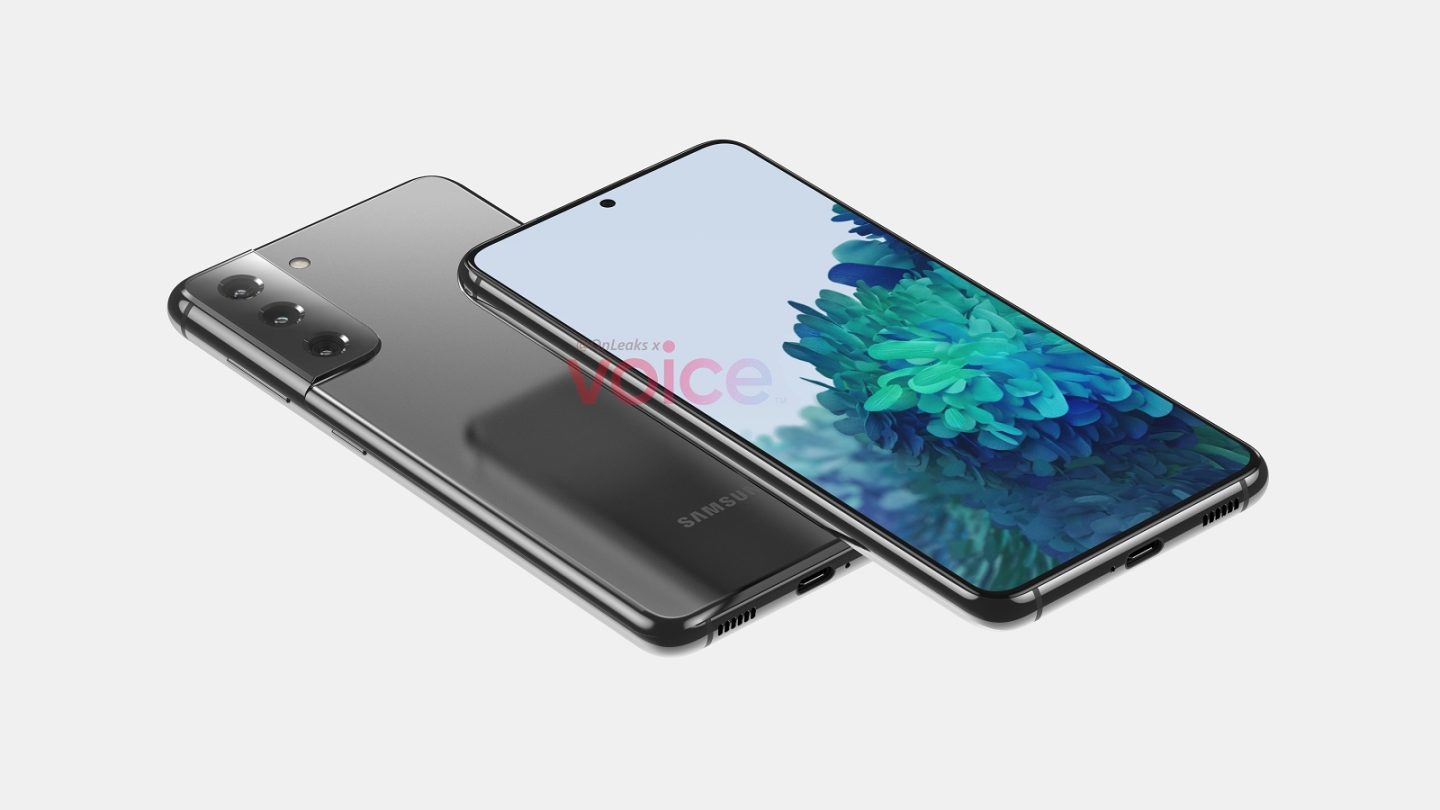 If there’s one thing that the pandemic hasn’t been able to slow down, it’s the ceaseless flows of smartphone leaks that have been flooding the internet throughout the year. Every flagship phone has leaked weeks or even months ahead of its launch in 2020, despite all of the chaos and confusion surrounding manufacturing and release dates, and the trend continued this weekend with the first major Galaxy S21 and Galaxy S21 Ultra leaks.

On Sunday, Steve Hemmerstoffer (@OnLeaks on Twitter) shared renders of the 2021 Galaxy S flagship on Voice. We still aren’t entirely sure what the phone is going to be called, as Samsung has jumped from Galaxy S9 to Galaxy S10 to Galaxy S20 over the last three years, but Galaxy S21 seems to be the consensus guess.

Samsung has made more than a few major changes to the rear camera array in recent generations, but it seems the company still isn’t satisfied, as the Galaxy S21 appears to feature another drastic camera redesign. As you can see in the image above and the video below, the camera housing appears to extend to the metal frame. It is still reminiscent of the camera on the S20, but doesn’t stand out quite as much as the S20’s standalone housing.

Moving to the front of the phone, the Galaxy S21 features a 6.2-inch display with a hole-punch cutout for the selfie camera, which looks virtually identical to the Galaxy S20. According to Hemmerstoffer, the dimensions of the phone are roughly 151.7 x 71.2 x 7.9mm (9.0mm with the camera bump on the back).

Additionally, Hemmerstoffer also shared the first renders of the Galaxy S21 Ultra (which is also an unconfirmed name). The front of the phone is once again unchanged, with a 6.7-inch to 6.9-inch display and hole-punch selfie camera, but the back of the phone is something to behold. The same design principles apply to the S21 Ultra, but the camera array is even larger, stretching about halfway across the back of the device. There are four camera lenses within the housing, which Hemmerstoffer suggests could be wide, ultra wide, and two telephoto lenses.

As for the S Pen, while there’s no dedicated slot for the pen as in previous models, it’s still possible that the S21 Ultra will support one of Samsung’s most beloved accessories by the time it launches. Speaking of which, Hemmerstoffer’s final reveal is that the Galaxy S21, Galaxy S21 Ultra, and Galaxy S21 Plus are all launching in January 2021. There will undoubtedly be more leaks before then, so keep an eye out.