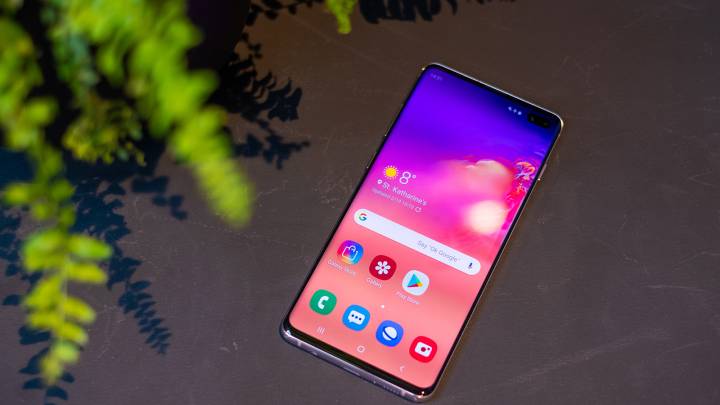 If you hated the camera design that Apple and Google introduced for their iPhone 11 and Pixel 4 series, respectively, you might not like Samsung’s upcoming Galaxy S20 camera system. Camera design, however, should be the least of your worries right now. What really matters is the performance of this year’s new camera phones, and all leaks suggest the Galaxy S20 will excel at that. The best version of the phone, the Ultra, will feature a massive camera upgrade over the S10 series, and we have a new leak that seems to confirm the S20 Ultra’s best camera feature.

This image accurately represents how the Samsung Galaxy S20 Ultra 5G Camera setup looks like! It will be dual shade (grey matte like + black), and it honestly looks good (better than what I tried to make here lol). Yeah, 100X would be printed besides Periscope Camera. pic.twitter.com/YwbYWZmvyg

We’re looking at a quad-lens camera system that’s made of two parts. The top side features three lenses and the flash, arranged in a square module akin to the iPhone 11 Pro camera design. Below them sits a rectangular camera lens, but that’s because we’re looking at the periscope camera that will enable 10x optical zoom on the phone and 100x digital zoom. The Galaxy S20 Ultra is also expected to be the only S20 version to rock Samsung’s monster 108-megapixel camera as a primary lens.

The camera system looks a little different compared to what we’ve been expected in terms of design — here’s a render that predates Agarwal’s leak:

Korean designer MINU has drawn the renderings of the Galaxy S20 Ultra based on rumors for reference only. pic.twitter.com/OOD6PL19du

What do you think? 👀 pic.twitter.com/jpifyscQ96

That said, the last thing you should worry about when buying a flagship smartphone is how thick the camera module is, or whether it looks good. Don’t lose sight of the fact that flagship smartphone cameras have come a long way, and any design compromise is totally worth it.