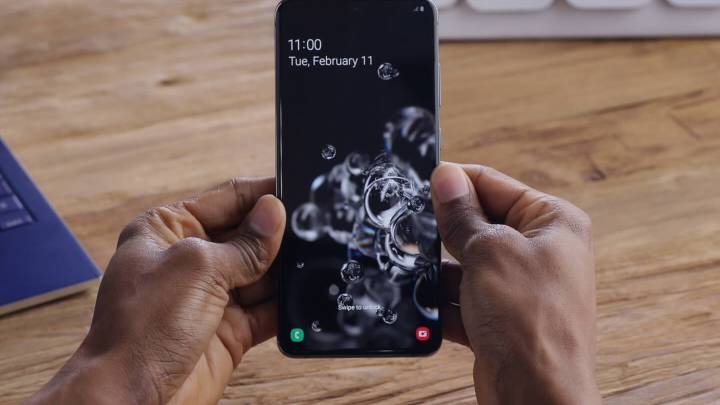 It’s the Tuesday when Samsung launches the newest Galaxy S handset, the one you’ve been hearing so much about. You know it’ll have a great, familiar design along with top of the line specs that border the insane if you’re eying that high-end S20 Ultra with 16GB of RAM and a brand new camera — again, it’s the S20 Ultra that gets the amazing 108-megapixel camera with 100x zoom telephoto periscope lens. Add to that 5G connectivity for whenever your neighborhood finally gets 5G coverage and a great preorder deal that gets you free Galaxy Buds+, and I can understand why you might want to buy this baby as soon as possible. Well, preorder, that is, because you won’t be able to buy one in stores for another few weeks. But instead of doing that, you should absolutely give yourself some time to think about the purchase, and maybe skip buying the Galaxy S20 next week when preorders open. I’m not saying you should ignore the Galaxy S20 forever, but picking one up on launch day is a huge mistake.

The craziest thing Samsung is doing with the Galaxy S20 this year isn’t the name change, but the price. In a world where cheap phones like the Pixel 3a sell better than the Pixel 4, and where Apple’s most affordable iPhone 11 costs just $699, here comes Samsung with massive price tags slapped on to all Galaxy S20 phones. And by the way, that entry-level iPhone 11 happens to rock almost the same hardware as the iPhone 11 Pro, and it beats the Galaxy S20’s in benchmark tests.

Samsung is asking you to pay a premium for its cheapest Galaxy S20 this year that’s quite annoying. Starting at $999, the S10e successor is a lot more expensive than most people would have thought. And it doesn’t even get the great camera from the S20 Ultra.

About a year ago, I told you the exact same thing about the S10, which had much better prices, especially the Galaxy 10e. I said you should hold off for at least a month because you’d get a much better deal. And guess what… a month later, the Galaxy S10 was already being discounted.

I’m not talking about resellers of briefly used devices. Samsung and its carrier partners offered late buyers a chance to save anywhere from $100 to $150 on an S10 purchase. The deal was available directly from Samsung, and while it required a carrier payment plan it was still a lot better than release day prices. Prices continued to drop for the remainder of the year, and we’ve seen several great Galaxy S10 deals since then. In fact, a heavily discounted Galaxy S10 might be the best thing for some buyers, not the S10 Lite or the Note 10 Lite.

Will Samsung do the same thing this year? We have no way of knowing that at this time. What is certain is that the Galaxy S20 will lose its value just as fast as its predecessors. After all, Samsung isn’t the only one ready to offer buyers a hot high-end device with over-the-top specs. Every other smartphone maker out there will have similar offerings in the coming weeks, and many of these phones will be far less expensive than the S20.

The worst thing that can happen by not preordering the phone is missing out on those free Galaxy Buds+ earphones. But not everyone wants to ditch their old headphones anyway, or they may have other preferences like AirPods, which are up to $30 off right now anyway. Not to mention that the new Buds+ will likely see plenty of deals of their own down the road. Sure, Samsung gets you free credit, which can be used for other Galaxy S20 accessories not just the new Buds. But even so, you’d be better off waiting for the price to drop.

You’d be quick to point out that I would never advise you not to buy the latest iPhone on launch day, and that’s true. But that’s also because iPhones retain value for a much longer time than Android phones — you’d have to wait much longer to take advantage of better iPhone pricing.