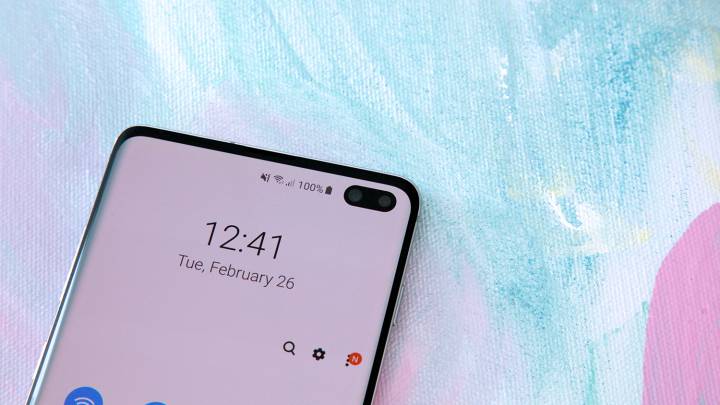 It’s 2019 and you can still unlock Samsung’s latest phone with a photo, which speaks volumes about how unsecure 2D facial recognition is on the Galaxy S10 and other phones. The premium Galaxy S10 versions do come with a sophisticated ultrasonic fingerprint sensor that will provide you with secure authentication for various tasks, from unlocking the screen to mobile payments and app logins. But the selfie camera at the top can be beaten with a photo, so you should definitely keep that in mind if you plan to get yourself a Galaxy S10.

Italian blog SmartWorld hacked the Galaxy S10+ with a photo, and it recorded everything on video:

As you can see in the video, the Galaxy S10 isn’t able to tell it’s looking at an image rather than an actual person. As a result, it unlocks the phone when a photo of the owner is placed in front of the selfie camera.

Unlike previous flagships, the Galaxy S10’s front-facing camera doesn’t also have an iris scanner that would improve the security of face unlock features. The only thing to do to make sure this never happens to you is to switch off face unlock on the Galaxy S10 and use the fingerprint sensor instead.

If you want a phone with 3D face unlock, you only have a few handsets to choose from like the iPhone XS series, iPhone XR, iPhone X, Xiaomi Mi 8 Explorer Edition, Huawei Mate 20 Pro, and the LG G8 ThinQ. The latter, announced at MWC last week, also comes with a novel Hand ID recognition system that’s able to recognize your hand’s unique veins pattern, but that phone isn’t available in stores just yet.