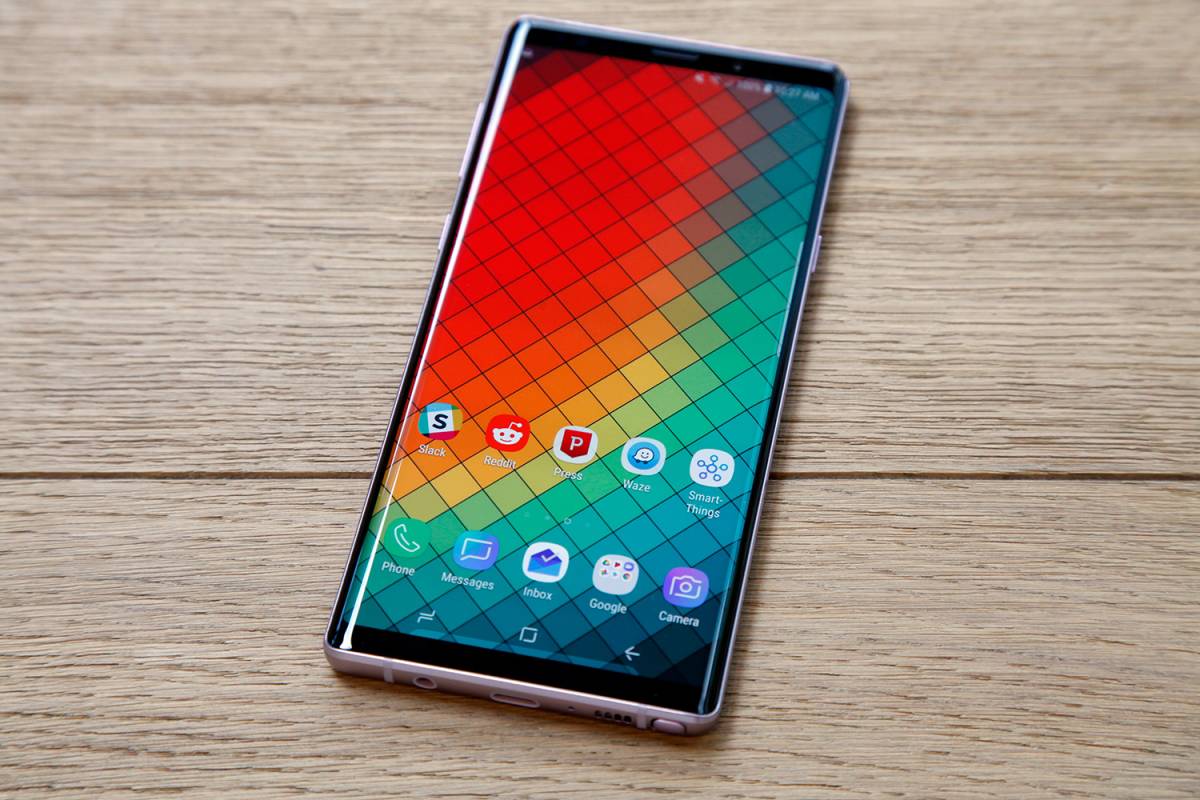 It’s not often that we make the recommendation to readers that they take a pass on buying our favorite new smartphone. And make no mistake about it, Samsung’s Galaxy Note 9 is by far our favorite new smartphone. In fact, it will probably be our favorite Android phone of 2018 when all is said and done, because nothing set to be released in the coming months looks better. Yes, that includes the upcoming Google Pixel 3 XL, since we’re having trouble getting past that massive notch that doesn’t even facilitate enhanced 3D facial recognition. The “pure” Android experience is great and we’re sure Google’s Pixel 3 line will be terrific, but a recent leak suggests Samsung is working hard to take advantage of Project Treble and release Android updates more quickly. Faster updates are really the only reason to buy a Pixel over a Galaxy phone, and the gap appears to be narrowing.

But alas, we do indeed think that smart Samsung fans should skip the Galaxy Note 9. There are so many reasons that it’s a fantastic phone, but there are also a bunch of important reasons not to buy it and they all pertain to another new Samsung smartphone set to debut in the coming months. That’s right, we’re talking about the Galaxy S10.

Samsung’s Galaxy S10 is set to be the most exciting smartphone Samsung has released in years. As a matter of fact, it might end up being the most exciting smartphone Samsung has ever released, period. Samsung released three new flagship smartphones in 2018 and to be frank, they’re all boring and uninspired. They’re great phones, but they reuse last year’s designs and they’re definitely only iterative upgrades compared to their predecessors. The Galaxy S10, on the other hand, is set to be a massive upgrade and in this post we’ll cover five reasons why you should consider skipping the Galaxy Note 9 and waiting for next year’s Galaxy S10, Galaxy S10+, and “Galaxy S10 Lite.”

The design is the biggest question mark surrounding Samsung’s upcoming new Galaxy S10 lineup, but we have heard nothing but good news so far.

First and foremost, the Galaxy S10 is not expected to have another minor design update like the Galaxy S9. We’ve heard that the phone will feature a design that is the next step in the evolution of Samsung’s Infinity display. It’ll still have curved edges on the right and left sides, as well as on the back. The biggest difference should be significantly smaller bezels above and below the screen. We’ve also heard that the Galaxy S10 might be even thinner than the S9 and Note 9.

Long story short, the Galaxy S10 series will apparently take everything good about the Galaxy S9’s design and make it even better.

Samsung’s Galaxy S10 line will feature new ultrasonic fingerprint sensors embedded in their displays. That means users will be able to unlock their phones, open secure apps, and authenticate payments simply by touching a finger to a specific area on the screen.

Samsung’s Galaxy Note 9 has a great camera. It’s easily among the best cameras we’ve ever tested on a smartphone. But it still isn’t as good as the camera on the Huawei P20 Pro, which is the first big-name flagship phone to feature a triple-lens camera setup. Next year, however, Samsung joins Huawei with a triple-lens camera on two of its three new Galaxy S10 models.

The main Galaxy S10 and the larger Galaxy S10+ will both reportedly feature Samsung’s new triple-cam setup on the back, and leaks from reliable sources have detailed each of the three sensors. There is reportedly a new 12-megapixel wide-angle sensor and a 12-megapixel telephoto sensor for optical zoom and Portrait Mode photos, plus a third 16-megapixel ultra-wide-angle sensor to capture even more data. The results will undoubtedly be the most impressive photos ever snapped with a Galaxy smartphone, and we can’t wait.

The Galaxy Note 9 is one of the fastest and most powerful smartphones on the market right now, but it still doesn’t measure up to last year’s iPhones in terms of power. Then next month when Apple releases new iPhone models with next-gen 7nm A12 chipsets, they’re going to leave the Note 9 in the dust.

Next year’s Galaxy S10 and Galaxy S10+ will also feature next-gen 7nm chips that are more powerful and more efficient than anything we’ve seen before in a Galaxy phone. The versions sold in the US and China will utilize Qualcomm’s upcoming new Snapdragon processor, while the version sold elsewhere will sport a new Exynos chip. Both new chipsets will deliver performance we’ve never seen before in an Android phone.

Last but certainly not least, the Galaxy S10 will offer choice that we simply don’t have with the Galaxy Note 9.