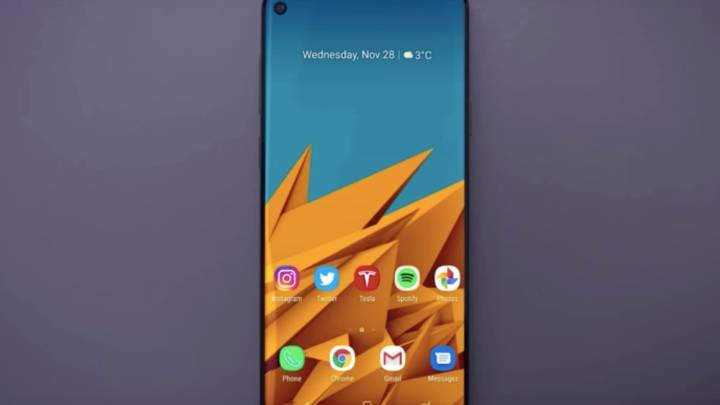 The Galaxy S10 won’t launch for another two months if recent reports are to be believed, and Samsung will not reveal any details about the flagship phone until the comapny’s next Unpacked press conference.

But we already know plenty of things about the handset thanks to an increasing number of leaks, as well as Samsung’s various moves. The company already unveiled smartphone features we expect to see on the Galaxy S10 on new mid-range devices. On top of that, Samsung filed new trademarks that tease exciting Galaxy S10 features.

The Infinity-O screen design we expect to see on the Galaxy S10 was just introduced with the help of the new Galaxy A8s. Last month, Samsung also launched its first phones featuring three and four cameras. At least one Galaxy S10 phone will have three cameras, with the 5G version expected to feature four rear cameras in total. Also, Samsung announced its brand new Exynos chip a few weeks ago, which is expected to power the Galaxy S10 phones. Similarly, Qualcomm properly unveiled the Snapdragon 855: A new flagship mobile platform that will be used inside the Galaxy S10.

In other words, we already know the phone will have a brand new screen design, more cameras than previous models, and fast chips that should help it compete against Apple’s 2018 iPhones.

Add to that a feature called Artistic Live Focus, a term that Samsung wants to trademark in Europe, according to a Galaxy Club discovery. The feature is related to the camera, according to the description:

Various existing Samsung phones already have a Live Focus feature, which allows users to take portrait photos with bokeh blur effects. An “Artistic” version of that seems to imply that more effects will be supported. The description makes it clear that users will be “creating digital animation and special effects of images.”

Let’s not forget that both the Exynos 9820 and the Snapdragon 855 come with built-in neural processing units (NPU), which will help, among other artificial intelligence and machine learning things, with computational photography. And we wouldn’t be surprised to hear that Artistic Live Focus involves some NPU action as well.

As always, the trademark may indicate a feature developed for a different type of device, but Samsung does tend to file for new trademarks right before launching new products. And the Galaxy S10 is definitely the kind of device that will need a bunch of new trademarks. In fact, just a few days ago, reports said that Samsung registered several trademarks that suggest the Galaxy S10 will have some advanced Bitcoin-related feature unseen on any other Galaxy S or Note phone models.