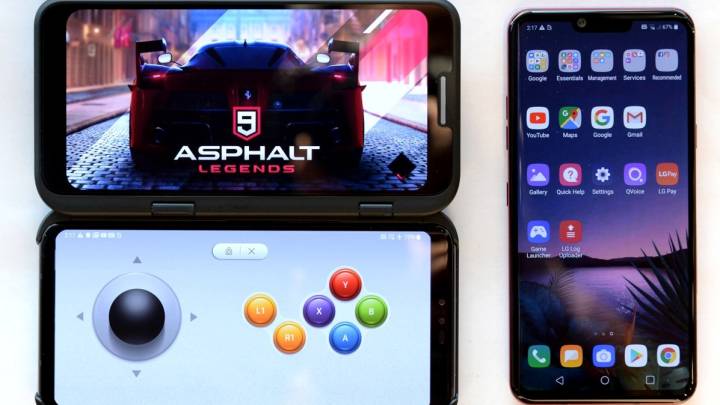 Announced in late February, Samsung’s first 5G phone is almost ready to hit store shelves in South Korea where it’ll cost either $1,231 or $1,366 depending on your storage needs. Pricing for the US and other regions hasn’t been made official just yet, but it’s likely that the phone will be more expensive than the three 4G versions once it reaches North America and other big markets. Now, a report says there will be a cheaper 5G flagship for you soon, assuming you’re willing to skip this Galaxy S generation and wait a little while longer.

A report from The Korea Herald says the LG V50 ThinQ, which was unveiled at MWC 2019 a few days after Samsung launched the Galaxy S10 series, will cost 1.2 million won in Korea, or around $1,050. That’s still a premium price to pay for 5G access, but the phone will be almost $200 cheaper than the S10 5G in the same region.

The V50 ThinQ will not offer many of the tricks LG developed for the G8 ThinQ flagship. The latter was also announced a the biggest mobile conference of the year in Spain this past February, and it includes a few unique features like a gesture-based UI, 3D facial recognition, and sound-on-display technology. The V50, meanwhile, sports 5G as well as support for a somewhat gimmicky display extension.

But even so, the V50 ThinQ will be cheaper than its main 5G competitor from Samsung. LG’s first 5G phone will launch on April 19th in South Korea, and anyone who purchases it by the end of May will get that second display accessory at no additional cost. The phone will hit all three Korean carriers, as well as electronics stores and LG shops.

We already know that LG has partnered with Sprint to launch the V50 ThinQ in the States, and the phone should be available to US buyers soon.