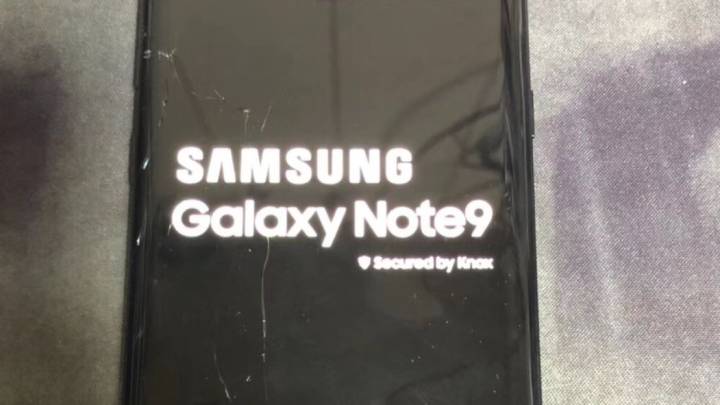 Every time we think that the Galaxy Note 9 leak vault has finally been emptied, another leak surfaces online. Around the same time that a full press image of the Note 9 was shared by Evan Blass on Tuesday, another Twitter user from China posted what appear to be the first live photos of the phone powered on and in action.

The design looks basically identical to what we’ve heard from dozens of reports over the past few months as well as the design documents and images that we’re covered in recent weeks. Of course, there’s no way to verify if this really is a production model that leaked (this wouldn’t be the first fake hardware leak we’ve ever seen) or just a convincing clone, but either way, it’s almost certainly what the phone will look like when it ships.

As you can see in the images below, the bottom bezel appears to have shrunk slightly, as most reports have indicated recently. The display of the Note 9 is expected to be marginally bigger than that of the Note 8 as a result. We also get another look at the rearranged components on the back of the device, with the dual cameras once again placed next to one another, but the fingerprint sensor moved below, where it should be easier to access:

The screen has also been cracked, which doesn’t mean much considering the sketchy nature of the leak, but it will be interesting to see how Samsung’s latest offerings stack up against Apple’s this fall, especially with Apple expected to release three new phones with all-screen designs. Phone cases are more important than ever.

Samsung will officially reveal the Galaxy Note 9 on August 9th at an Unpacked event in New York City.