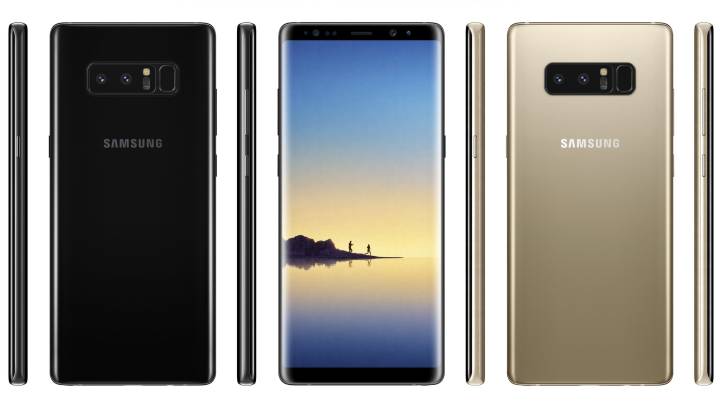 Samsung’s in a precarious position. It needs the Galaxy Note 8 to be a success, given the way the Note 7 debacle went. But it’s launching just weeks before Apple is slated to unveil the iPhone 8, a supposedly massive upgrade that people have been waiting years for.

Even if Samsung comes out with a great phone, competing with the Apple fanboy equivalent of Steve Jobs’ second child is going to be tough. So Samsung is apaprently going to go all-in to persuade people to pull the trigger on the Note 8 before they even get a chance to set eyes on the iPhone 8.

Famous mobile leaker Evan Blass has revealed that Samsung is going to offer some serious freebies to people who preorder the Note 8. According to him, pre-orders will start on August 24th, and will include freebies for anyone who places a pre-order. You get a 256GB microSD card, plus your choice of “convertible wireless charger” or a 360-degree camera.

Note8 pre-orders from Samsung (starting 8/24) come with a 256GB microSD card plus choice of convertible wireless charger or 360 cam.

Taken at market price, those are worth a lot. Samsung’s 256GB microSD card runs $150 on Amazon, and the Gear 360 camera is $180. Apple, by comparison, will charge you extra if you dare ask for a cable to charge your iPhone 8 from your brand-new MacBook Pro.

Offering extra accessories for pre-orders isn’t an unusual move for a company, especially when you’re talking about a phone that’s expected to start at over $800. But this is an unusually good haul from Samsung, and it goes to show that it wants to make the most of the two weeks it’ll have before iPhone 8 preorders likely open.