The upcoming Samsung Galaxy Note 8 is one of a small handful of new smartphones set to debut in the second half of 2017 that people are actually excited about. Apple’s iPhone 8 is obviously the most hotly anticipated handset, but the Note 8 might be a close second, depending on who you ask. Then there are the upcoming new Pixel 2 and Pixel 2 XL, which can’t come soon enough to satisfy hardcore Android fans. But those aren’t really mass market devices, and Google’s Pixel sales are barely a blip on the radar. Actually, Samsung will sell more Note 8 handsets in one month than Google sells in a full year.

The Galaxy Note 8 is indeed expected to be the most impressive smartphone Samsung has ever created, and it’s already destined to be a smash hit as long as it doesn’t start spontaneously exploding like last year’s Galaxy Note 7. Leaks have been flowing like crazy over the past few weeks, and they have all painted a fairly similar picture. But now the latest Note 8 leak suggests that the phone’s design will be a bit different from what we were expecting.

We’re now likely just over a month away from seeing Samsung make the Galaxy Note 8 official. According to everything we’ve seen and heard thus far, the Note 8 will play off of the design and features Samsung introduced with the Galaxy S8 and Galaxy S8+. It’ll have a larger Infinity Display, more RAM, and an upgraded S Pen experience with new software features. In fact, it might even have a few secrets in store as well.

As for the phone’s design, we lost count of all the leaks a long time ago. Everything so far has pointed to a phone that mimics the Galaxy S8’s design almost exactly, but scales it up to fit a phone with a larger 6.3-inch display. Everything up until today, that is. 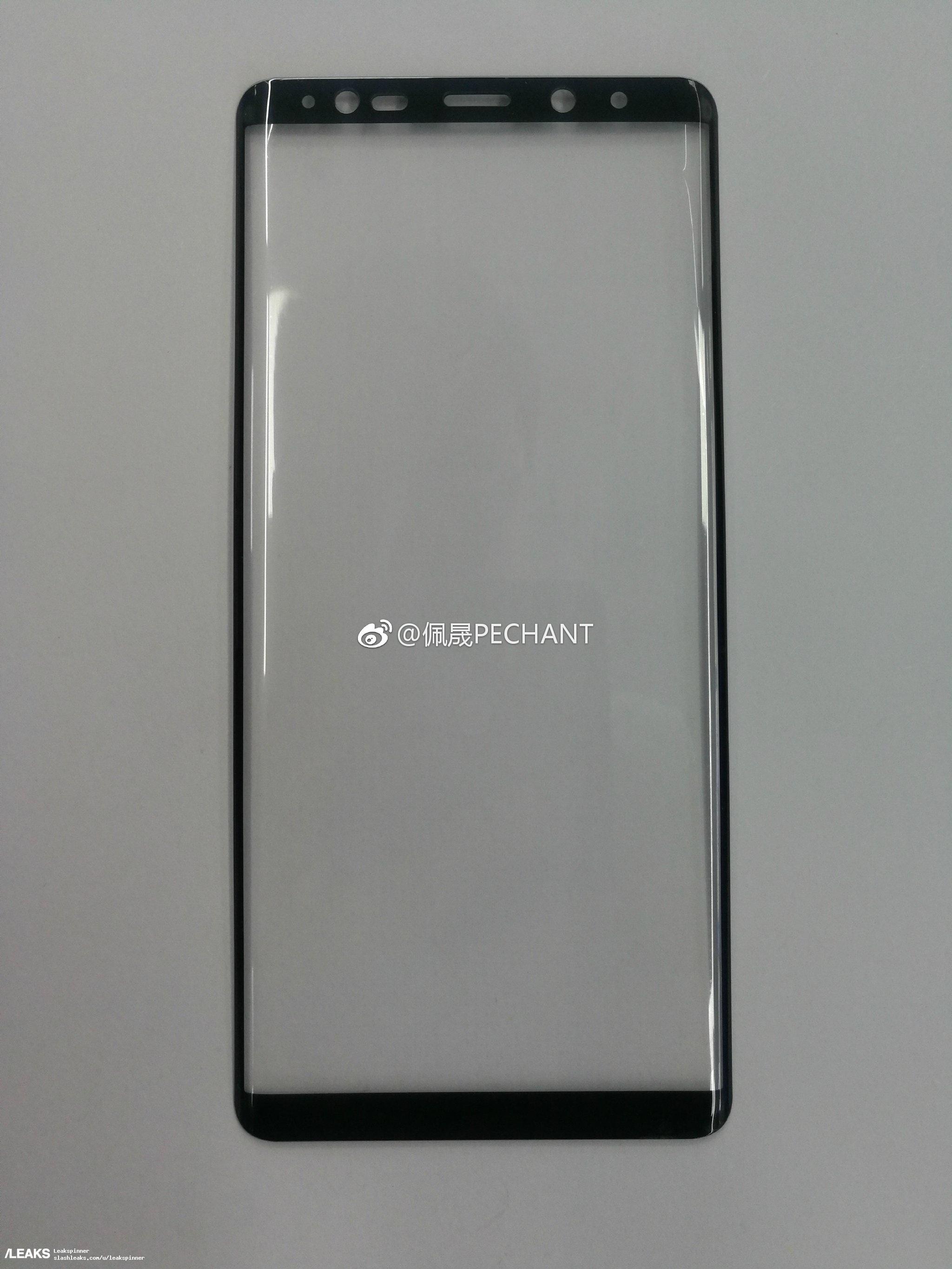 The screen protector above was posted on Weibo and then reposted on Slashleaks. Here are a few more images from the original Weibo source:

These screen protectors were made by a third-party accessory company and they’re believed to be based on actual Galaxy Note 8 schematics that leaked from the factory. As we’ve seen before, they show a design that might have an even more impressive screen-to-body ratio than the 83% achieved by the Galaxy S8 and Galaxy S8+ earlier this year. But they also show an interesting design change that is somewhat unexpected.

Samsung’s Galaxy S8 and Galaxy S8+ feature an Infinity Display design with rounded corners that give the screen a very cool look. Apple’s iPhone 8 display is also expected to feature rounded corners for the first time. But it appears as though Samsung may have ditched the rounded corners on its final Galaxy Note 8 design. Nothing is confirmed until the Note 8 is unveiled next month, but this is the second time we’ve seen this new display design appear in the past week alone.

The Galaxy Note 8 is expected to be unveiled in late August ahead of a release sometime in early September.