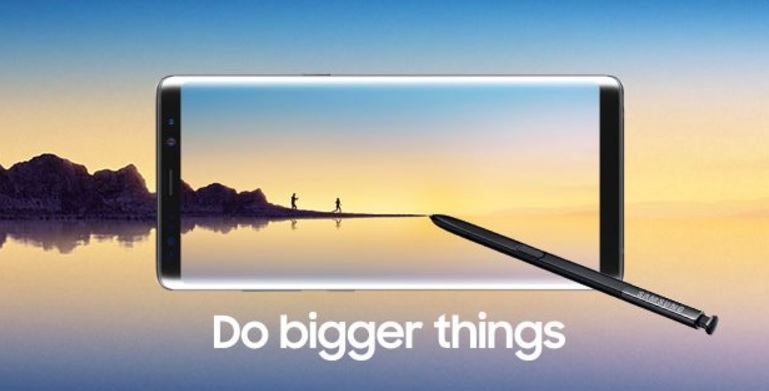 As quickly as the Galaxy Note 8 leaks have been dropping in recent days, we might not have anything left to talk about by the time Samsung actually reveals the phone at an event in New York later this month.

On Thursday, just a day after sharing the Note 8’s full specs sheet, VentureBeat’s Evan Blass tweeted out a banner featuring the phablet, the new S-Pen and the “Do bigger things” tagline. It’s nothing we haven’t seen before, but if you wanted another look at the phone’s design, now you have it.

Late last month, Samsung sent out invitations to an Unpacked event in NYC. The invite featured the vague outline of a phone as well as a stylus. It will immediately obvious that Samsung was hinting at the Galaxy Note 8, though the company has still yet to confirm the existence of the phone. The banner from Blass’s tweet appears to be the completed picture from Samsung’s NYC invite:

Unsurprisingly, the phone looks identical to the phones we’ve seen in recent leaks — basically an upsized version of the Galaxy S8+ with an even larger display and slightly squared-off corners. According to Blass, the Galaxy Note 8 will feature a 6.3-inch Super AMOLED display, Qualcomm Snapdragon 835 processor, 6GB of RAM, 64GB of internal storage, 12-megapixel dual rear cameras, 8-megapixel selfie camera and a 3,300 mAh battery that supports fast charging.

Samsung will officially pull back the curtain at the Unpacked event on August 23rd, with the Note 8 expected to begin shipping in September for around $1,000 in the United States.