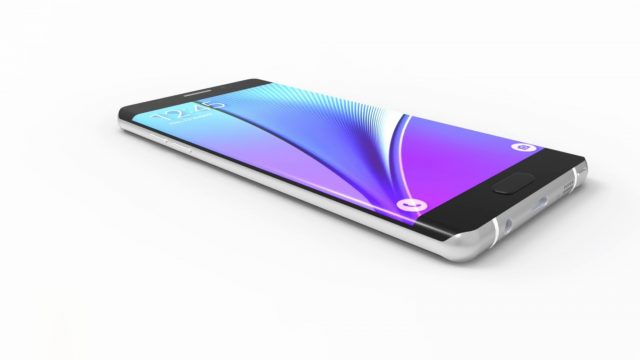 A brand new report, however, says that the phone will have a dual edge screen, but it’ll be a “barely-curved” display.

At least that’s what TalkAndroid’s source claims, who has already used a “consumer-ready” version of the phone. Apparently, Samsung is “heavily toning” the edges down for the Galaxy Note 7, having heard concerns from potential buyers. An almost-flat display for the Galaxy Note 7 is certainly a feature many people will appreciate, assuming the report is accurate.

The display is still tipped to measure 5.7 inches and will be protected by Gorilla Glass 5. The bezels seem “almost nonexistent” and the phone is “thicker than the Galaxy Note 5 but doesn’t feel like it in the hand.”

The extensive report also says the phone will pack the same edge-related software features found on the Galaxy S7 edge, and that the new Note will also have an Always On screen.

The S Pen is getting a massive makeover, the report notes. The stylus will receive great new features, including acting as a magnifying glass and a translator. It’ll also have special note-taking features that would work with the Always On display.

The software on the Galaxy Note 7 would look pretty much like what we’ve seen in existing leaks. There’s “lots of white, a new status bar, and rounded app icons.” Also interesting is the fact that the phone will come with 5GB of Samsung cloud. Apparently, Samsung is also ready to play the cloud game.

One other cool software feature concerns battery life. Samsung will let you scale down the screen’s resolution to 720p to save juice, the report notes.

Other Galaxy Note 7 features the source revealed include USB-C port, complete with a microUSB adapter, Galaxy S7-like front and rear cameras, an iris scanner that’s “pretty quick,” 4GB of RAM, and 64GB of storage. The Galaxy Note 7 won’t be compatible with current Gear VR models, so a new one would be launched alongside it.

The smartphone should be launched in black, silver, blue, and gold. In all, the Galaxy Note 7 should be “the best of everything Samsung has ever offered,” according to TalkAndroid’s source. Let’s just hope all this information is accurate.