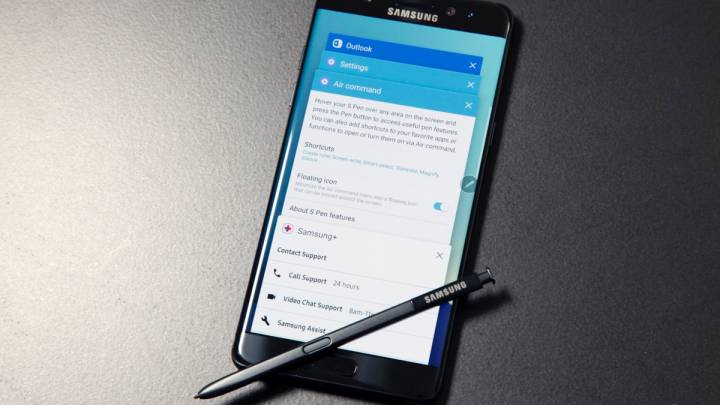 The Galaxy Note 7 was meant to be Samsung’s silver bullet in the war against the iPhone 7. An earlier launch date, fancy iris scanner and massive marketing campaign set the Note 7 up to sell like crazy, right up to the point where defective batteries caused Note 7s to start exploding.

One month and a “heartbreakingly” expensive recall later, it’s time for Samsung to start again. According to sales figures from South Korea, it seems like consumers have forgiven Samsung for accidentally selling phones with a built-in handwarmer feature.

According to the Korea Herald, Samsung has sold about 30,000 units in its first two days back on sale. A little over 10,000 phones a day is brisk business, especially following right on the heels of the biggest phone launch of the year from Apple. In other words, appetite for Samsung’s phablet is still high.

Now, those numbers aren’t likely to keep up. There’s pre-orders that weren’t fulfilled before Samsung pulled the phone from shelves, and the first few days back on sale will be a lot of latent demand for the phone. But even so, the fact that there’s any latent demand out there is good news for Samsung.

The recall itself is proceeding well, with a majority of consumers worldwide having exchanged faulty Note 7 devices for ones that shouldn’t blow up.

So, provided that safe Note 7 devices remain safe, Samsung might turn the corner from this recall with its reputation intact. Having to recall 2.5 million devices was always going to be a big blow, but the speed Samsung has managed to replace faulty phones might be its saving grace. Now, about those washing machines…